After performing on the Monsters Of Rock cruise in early February, the California rockers will kick off a run of dates on February 14 in Pensacola, Florida and wrap things up on February 26 in Houston, Texas. They will also play three dates in late April.

Confirmed shows are as follows:

TESLA is continuing to tour in support of "Shock", which was released in March via UMe. The follow-up to 2014's "Simplicity" was produced by DEF LEPPARD guitarist Phil Collen. 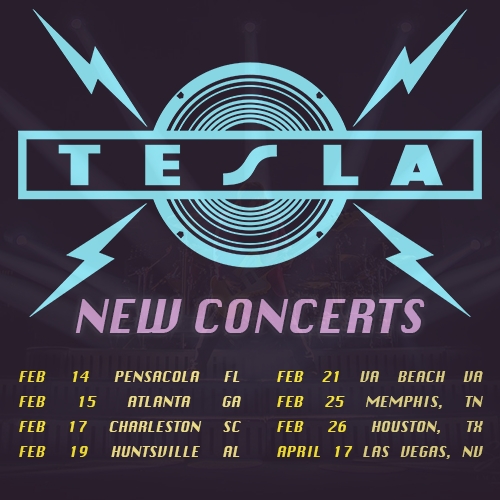