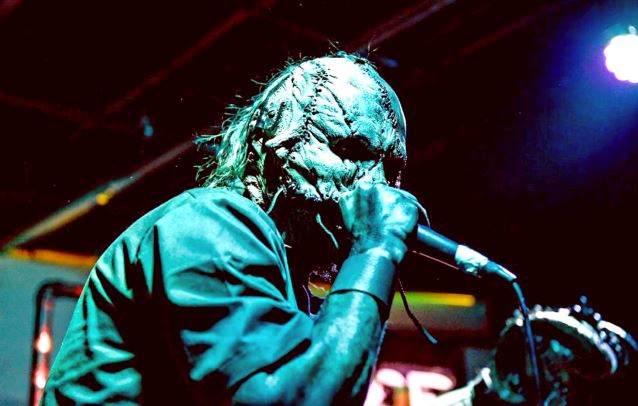 Said TERROR UNIVERSAL in a statement: "[Plague] was actually on our short list of original candidates, to try out for TERROR UNIVERSAL back in October 2014. But at the time, other obligations prevented him from auditioning for the position.

"After only two rehearsals, we are extremely impressed with Plague's work ethic, and performance at the Texas Independence Fest this past weekend in Austin, Texas.

"We are pleased to announce that we will immediately continue writing new TERROR UNIVERSAL music, and move forward with finishing a full-length, to be released in the next few months."

TERROR UNIVERSAL's song "Welcome To Hell" was mixed by Eddie Wohl (ANTHRAX, CRADLE OF FILTH, ILL NIÑO) and is taken from the band's EP, "Reign Of Terror", which was made available in Australia on 3Wise Records.