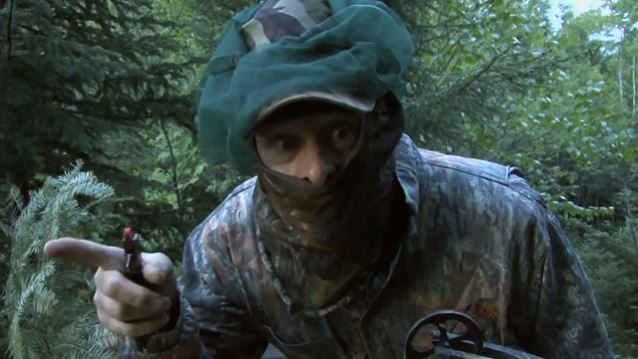 Outspoken conservative rocker Ted Nugent has generated a fresh wave controversy after urging Americans to "ammo up" in preparation for a 9/11 anniversary attack from "4th world allahpuke zombies."

Writing on his Facebook page, Nugent predicted that "helpless Americans and Europeans will be viciously ambushed when they least expect it" on Thursday — the 13th anniversary of the terror attacks — and offered some simple advice: "Killemall" with "two to the head."

"9-11-14 is the day of infamy again. Unarmed & helpless Americans and Europeans will be viciously ambushed when they least expect it, and the death toll will be more brutal and widespread than all the peace & love dreamers could ever imagine. Those who carry guns had better gun & ammo up no matter where you go, carrying at least 10 spare mags or 10 spare speedloaders because the allahpukes are confident they will once again methodically slaughter walking cowering whining cryin helpless sitting ducks capable of zero resistance. To gullible naive embarrassing ill prepared targets, there is still time to firepower up ASAP. Head for cover but retain an attentiveness in order to identify the evildoers and dbl tap center mass, then two to the head. Then take cover and prepare your next evasive escape, taking dwn known jihadists to the best of your ability, Aim small miss small center mass & headshots, This is going to be the real deal & absolutely survivable against these 4th world allahpuke zombies. STAND! Go heavy, Only assholes are outgunned, Dont be outgunned or out ammo'd. Goodluck. Be safe, Shoot straight & OFTEN, Godspeed, killemall"

Responding to a comment on the Facebook post, Nugent said that "stoned retards actually believe" no one should have a right to self-defense, and that his comments aren't paranoid because "I have numerous firextinguishers [sic] handy at alltimes. no fires. no paranoia, BoyScout101."