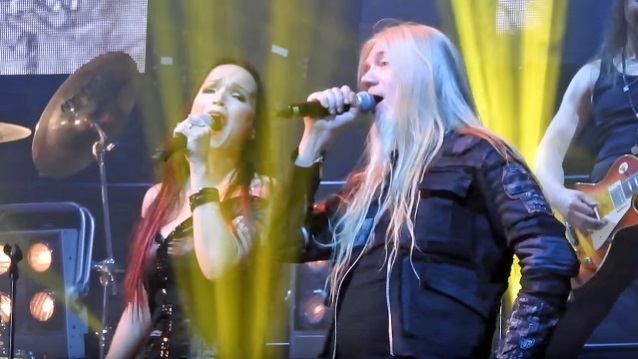 Longtime NIGHTWISH bandmates Marco Hietala and Tarja Turunen performed live together for the first time in 12 years during this past Thursday's (December 14) "Raskasta Joulua" concert at the Elenia Areena in Hämeenlinna, Finland.

NIGHTWISH mainman Tuomas Holopainen later called the decision to part ways with Turunen "the most difficult thing I ever had to do." For her part, Tarja said the way she was kicked out of the group proved that her former bandmates were not her friends. "Maybe one day I'll forgive, but I will never forget," she said.

As a member of NIGHTWISH, Turunen released five albums, as well as three live albums, one EP and fourteen singles between 1997 and 2005.