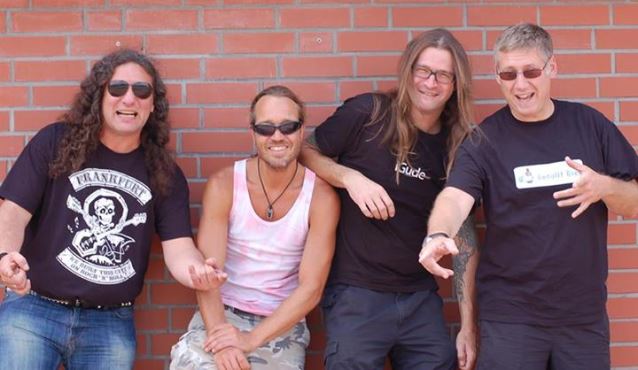 German alcoholic thrashers TANKARD are working on the follow-up to their acclaimed 2012 album "A Girl Called Cerveza". Entitled "R.I.B." (Rest In Beer), the CD will be released in the summer of 2014 via Nuclear Blast.

Taking inspiration from the motto "never change a winning team," TANKARD will enter the studio in January 2014 to kick off the recording with producer Michael Mainx (BÖHSE ONKELZ, DER W, D-A-D, DISBELIEF), who helmed the band's last effort. TANKARD has also chosen to use Patrick Strogulski, who created the artwork for "A Girl Called Cerveza" and is also a student of Sebastian Krüger, the artist that was responsible for TANKARD's previous album artwork up to the 2012 release.

States TANKARD vocalist Andreas "Gerre" Geremia: "After the highest chart position in the band's history with 'A Girl Called Cerveza', we are looking forward to work again with Michael Mainx — to record the next thrash hammer! Currently we're working hard to finish the last few songs for the album and I can promise that this time the techno influences are greatly scaled back… Joking aside, if it’s called TANKARD, you will always get TANKARD — otherwise let yourself be surprised!"