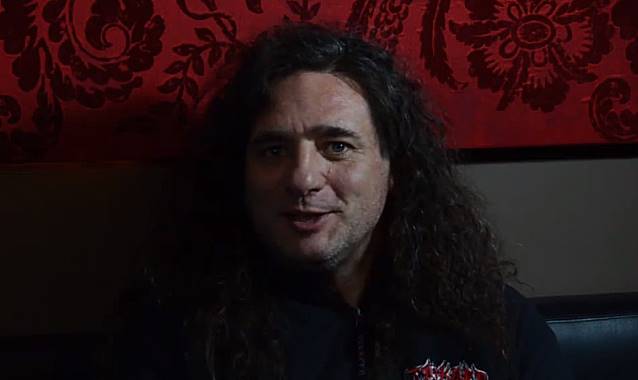 German alcoholic thrashers TANKARD entered Studio 23 in Frankfurt, Germany last monh to begin recording the follow-up to their acclaimed 2012 album "A Girl Called Cerveza". Entitled "R.I.B." (Rest In Beer), the new CD will be released on June 20 via Nuclear Blast.

The third video report from the studio in which TANKARD manager Uwe "Buffo" Schnädelbach and singer Andreas "Gerre" Geremia talk about the recording progress and reveal some new details of the album can be seen below.