Metal Mind Productions will reissue two remastered albums by TANK, one of the most influential formations which emerged in the beginnings of the NWOBHM madness. "War Of Attrition Live 1981" and "Filth Hounds Of Hades" will be made available on January 26 in Europe (March 10 in the USA via MVD). Each limited-edition digipack title (limited to 2,000 copies) was digitally remastered using 24-bit technology and will contain bonus tracks.

The legendary British power metal mercenaries TANK recently re-grouped and are ready for battle once more. The release of the "Dogs of War" boxed set in 2007 on Metal Mind Productions was a great success, which led to the inevitable re-release of the entire back catalog. This has proven very popular with the band's die-hard fans and helped to amass a new army of young devotees worldwide. TANK is very much in demand on the live front after being absent from the touring circuit for several years. With an unmistakable attitude and energy to its trademark sound, TANK now has a new all-star line-up fully equipped to crush everything in its path. Joining Mick Tucker and Cliff Evans on guitar will be original TANK drummer Mark Brabbs alongside two new recruits — ex-RAINBOW/YNGWIE MALMSTEEN frontman Doogie White and ex-BRUCE DICKINSON bassist Chris Dale. Unfortunately, original TANK vocalist/bassist Algy Ward has decided to retire from active service and will concentrate his efforts on writing his autobiography.

One of the most influential formations which emerged in the beginnings of the NWOBHM madness was TANK — a fierce, ambitious young band, taking all that was the best in punk and metal to a higher level. The group was formed in Croydon (London, England) in 1980 by Alasdair "Algy" Mackie Ward, an experienced front man who wanted to go beyond his previous musical experiences, which included playing in THE SAINTS and THE DAMNED.

Metal Mind Productions released the complete discography of TANK: "The Filth Hounds of Hades - Dogs of War 1981 - 2002" in November 2007. The collection, containing TANK's full discography extended with exclusive bonus material, is available in two editions: as a nine-CD box (8CD+DVD) and a six-LP box. 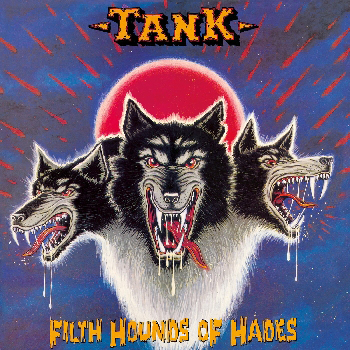 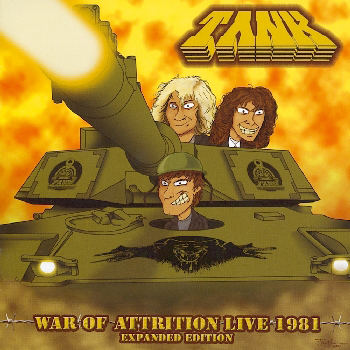 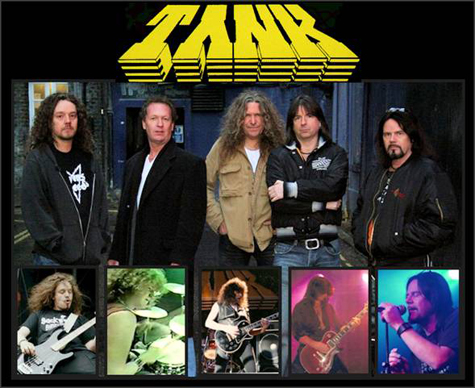