The legendary British power metal mercenaries TANK — featuring Mick Tucker and Cliff Evans on guitar and original TANK drummer Mark Brabbs alongside two new recruits, ex-RAINBOW/YNGWIE MALMSTEEN frontman Doogie White and ex-BRUCE DICKINSON bassist Chris Dale — will team up with legendary NWOBHM act PRAYING MANTIS for a May 24 concert at The Peel in Kingston Upon Thames, U.K. More information is available on the poster below.

Frontiers Records has set a June 5 European release date for the new studio album from PRAYING MANTIS, entitled "Sanctuary" (July 14 in the U.S.). The CD was recorded in Atlanta, Georgia under the direction of producer/engineer Andy Reilly (ASIA, THE CULT, BRUCE DICKINSON, FM, etc). 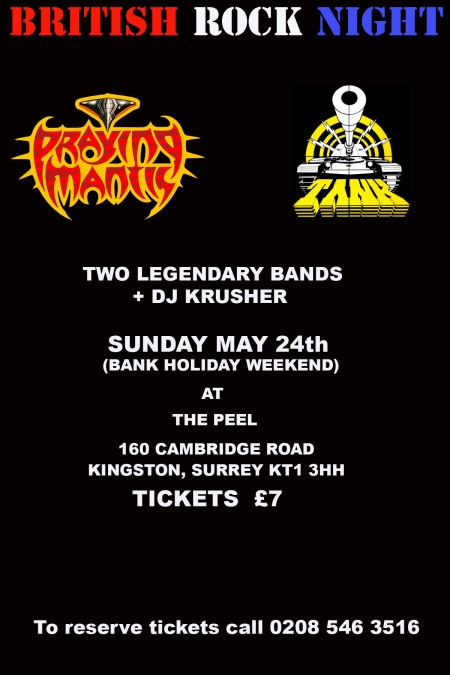