Sadly, guitarist Fredrik Åkesson will not be able to make the gig due to his demanding schedule with OPETH, but TALISMAN is happy to bring back Pontus Norgren on guitar, who was in the band for the "Truth" album and who mixed, as well as played on, the group's final outing, "7".

TALISMAN will also introduce Johan Niemann (EVERGREY, ex-THERION) on bass as the replacement for Marcel Jacob, who committed suicide on July 21, 2009 after many years of personal and health issues he was battling." Vocalist Jeff Scott Soto states: "[Johan] was an obvious choice for us and will be a welcome addition this day!

"The show will include some TALISMAN alumni and special guests we are currently working on.

"Thank you to Sweden Rock Festival for giving us your platform to finally pay tribute to Marcel and his/our legacy. In January, he would have been 50 years old and also next year is the five-year mark since we lost him, so it will be a very special event indeed!"

Marcel Jacob was a Swedish musician, best known as the bassist in the hard rock bands TALISMAN and LAST AUTUMN'S DREAM.

In 1978, he formed the band RISING FORCE together with guitarist Yngwie J. Malmsteen. Four years later, Jacob joined the band FORCE, which later changed its name to EUROPE, replacing John Levén, who took Jacob's place in RISING FORCE. During his time in FORCE, Jacob wrote the song "Black Journey for My Soul" together with vocalist Joey Tempest. The song was eventually included on EUROPE's second album, "Wings of Tomorrow", re-titled "Scream of Anger". After spending three months in FORCE, Jacob traded places with John Levén again, who apparently had issues with Malmsteen.

In 1987, Jacob played on the album "Total Control", the first solo LP released by EUROPE guitarist John Norum. Jacob also co-wrote several of the songs included on that album.

Two years later he formed the band TALISMAN together with vocalist Jeff Scott Soto. Throughout the years TALISMAN was Jacob's major project and the band released several studio and live albums until 2007. 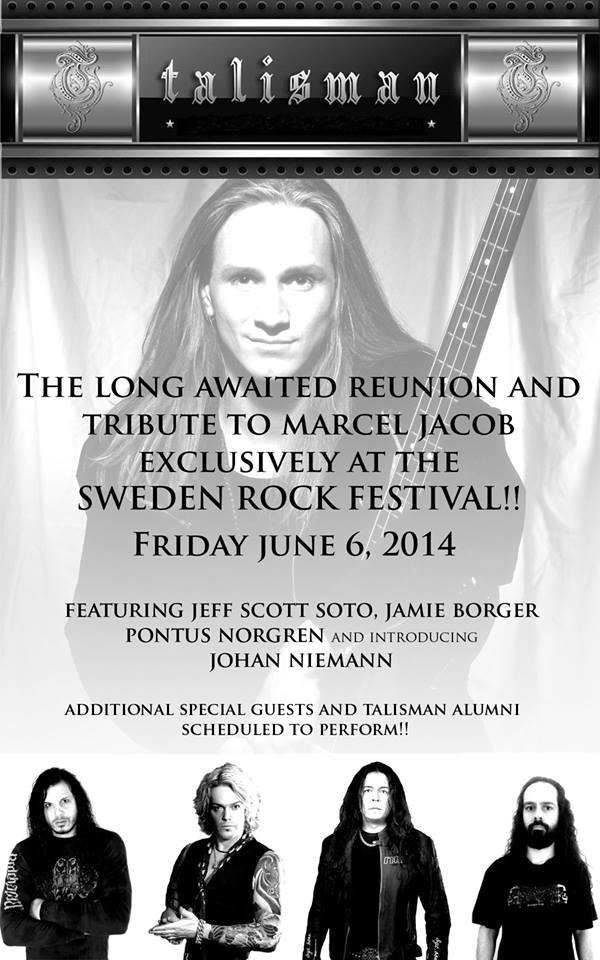