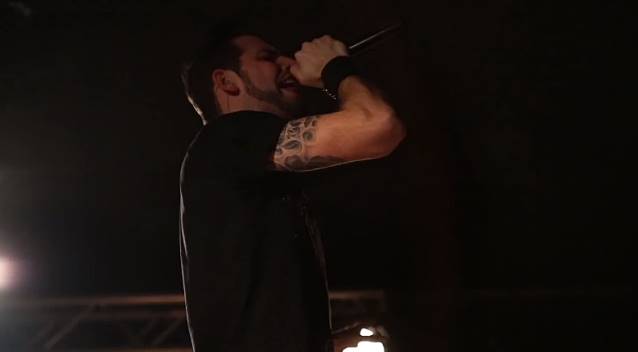 "The Raven's Cry", the new video from French melodic death metallers T.A.N.K. (THINK OF A NEW KIND), can be seen below. The clip was shot at the band's sold-out show at La Boule Noire in Paris and includes footage from T.A.N.K.'s last tour.

"The Raven's Cry" is taken from the band's sophomore album, "Spasms Of Upheaval", which was released on October 2012 via Symbol Musik (with distribution through Season Of Mist). The CD features a guest appearance by Canadian singer Jon Howard (THREAT SIGNAL, ARKAEA).

Howard joined T.A.N.K. on stage on March 24, 2012 in Paris, France to perform "Inhaled". Check out pictures of his appearance at this location.