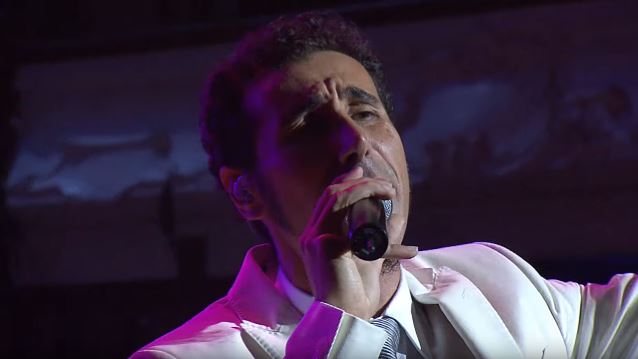 On November 10, Serj Tankian will perform a very special concert at his Alma Mater, Cal State Northridge University. The concert will be the first time he will hit the stage to perform his "Elect The Dead" and "Orca" symphonies in North America. He will perform alongside the CSUN Symphony Orchestra, under the direction of John Roscigno.

With a vocal range over four octaves, Tankian is considered one of the greatest vocalists in metal history. Tankian is best known for fronting the popular band SYSTEM OF A DOWN. But the songwriter, poet, painter, producer, and political activist has added orchestral composition to his long list of accomplishments.

For more information and tickets, go to this location.

Tankian recently composed the soundtrack for "The Last Inhabitant" and just released the soundtrack for "1915", a film created by writer-directors Garin Hovannisian and Alec Mouhibian about the Armenian genocide, an attempted extermination of the Armenian people by the Ottoman Empire. From 1915 through 1923, 1.5 million men, women and children were starved, shot, beaten and banished to die in the desert during one of history's greatest crimes. Though considered by many to be the first genocide of the 20th century, the Turkish government denies it ever happened. For Tankian, who's worked tirelessly over the years fighting for genocide recognition, it's a topic close to home.

With his band SYSTEM OF A DOWN, Tankian last year commemorated the 100th anniversary of the Armenian Genocide with a global arena tour that included the group's first-ever performance in Yerevan's Republic Square.