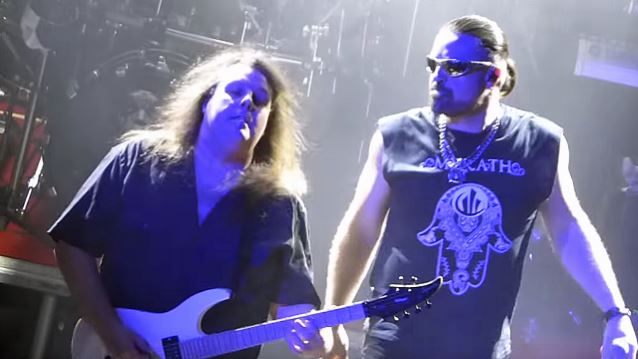 Fan-filmed video footage of SYMPHONY X's March 20 concert at 013 in Tilburg, The Netherlands can be seen below.

"This new one is about the song, really crafting each one on its own, to be as strong as it could be," said SYMPHONY X guitarist Michael Romeo, chief writer in the band, and proprietor of The Dungeon, the tricked-out studio in which the album was crafted, newly equipped with the latest in technology required to execute the band’s famous symphonic and orchestrated touches.

"Musically, 'Underworld' has things reminiscent of the bands previous albums but this one definitely has its own individuality," he continued. "Every element added was in service of the song, so the album flows and becomes a total listening experience from start to finish. Every song is to the point and fine-tuned, with us paying a lot of attention to the hooks, voices, riffs, and keeping the interest and the energy high for the entire record. It is heavy and aggressive as fuck when it needs to be, yet soaring and emotional at other times. I think the balance is just right. It had to have all the elements of what we normally would do, just tweaked up a notch and really fine-tuned."

Michael added: "You know, industry people have talked about how we'll never see a complete album again, and that idea. I wanted to defend the reputation of the album, and really try to make 'Underworld' worth listening to as a whole record. It's what I love about great individual songs, but still an album experience.

Although "Underworld" is not a concept album, Michael said, "Like the last couple of records, there's a theme that carries through, without it being storytelling.

Heavily inspired by the Italian poet Dante Alighieri, "Underworld" draws on the themes from "Divine Comedy" most notably the part on "Inferno". As homage to Dante's use of the number 3 and its multiples, the band utilized this motif in its music either in a lyrical or melodic context. The first song on the album is a three-syllable, three-note melodic phrase, and in the verses there are three references to three songs on the bands third album, "The Divine Wings Of Tragedy". "There's cool shit like this all over the record," Romeo reported.

"Warren went with the masks, similar to the first record," explained Romeo. "But when I discussed with him Dante and the underworld, he did his own research and designed a little symbol for each of the nine circles of hell. So there are these little geometric symbols that mean something. That's just what he does. He gets in there and finds these things that maybe no one really besides us knows what it means and yet it has meaning." 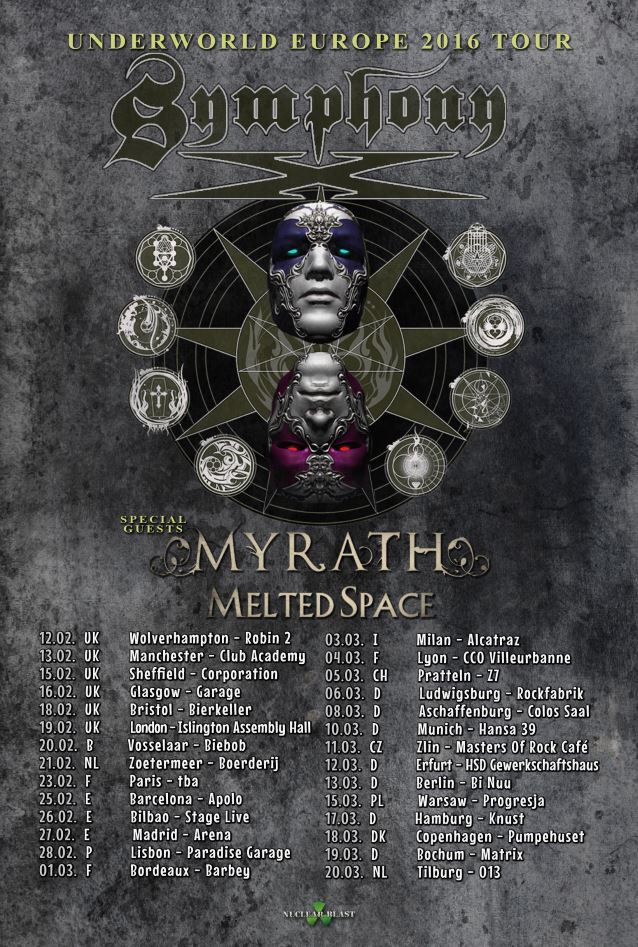