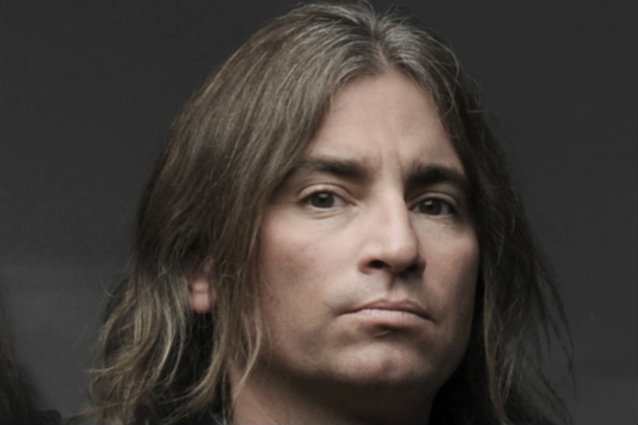 Jason Rullo, drummer for the progressive metal band SYMPHONY X, has put together a new project that will showcase some other aspects of his drumming. The trio's debut release will be an instrumental fusion CD, with elements of rock, jazz, Latin and even some metal. A GoFundMe campaign has been launched, with all funds set to be used for the actual recording and marketing of the music. The plan was for the three-piece — which also includes Ron Sanborn on guitar and Artha Meadors on bass — to start tracking the music in late April, with gigs to follow. The band will also film a "making-of" video, featuring rehearsal footage and behind-the-scenes "stuff."

Rullo and his bandmates write on their GoFundMe page: "Getting this support from you would mean a lot to us as so many people think music just happens for free these days. We have dedicated our lives to music and have so much to share, but we need your help to make this happen on the level it deserves. Everyone involved will be able to submit a name for the band and will be thanked on the liner notes as we are forever grateful for your support!"

SYMPHONY X singer Russell Allen recently said that there were "no future plans" for the band to work on a new album or tour, explaining that he was "a hundred percent committed" to his other group ADRENALINE MOB.

SYMPHONY X released its latest album, "Underworld", in 2015 and completed an extensive tour behind the effort, including a U.S. run of shows with OVERKILL and a pair of headlining performances in Australia last October.