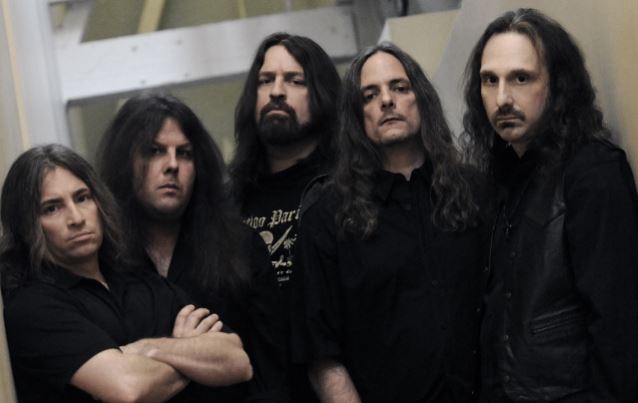 New Jersey's progressive metal masters SYMPHONY X have finished mixing and mastering their new album with Swedish producer Jens Bogren, who has previously worked with KREATOR, PARADISE LOST, OPETH and AMON AMARTH, among others. SYMPHONY X states: "[Jens also] did our last two CDs, and did an amazing job as always."

The cover artwork for SYMPHONY X's new album was created once again by Warren Flanagan. The band says: "Warren has worked on our last two cds as well, and can also be relied upon for amazing work."

Regarding the musical direction of the new SYMPHONY X material, the band's bassist, Michael LePond, told the "Talking Metal" podcast: "I think this album is not gonna be as heavy as our last one, 'Iconoclast'. If I had to compare this one, I would say it's a combination of [2002's] 'The Odyssey' meets [2007's] 'Paradise Lost'. It has a lot of classic SYMPHONY X elements in it, and I think our old fans are really gonna appreciate this one. So we're really excited about it."

The bassist also spoke about SYMPHONY X's continued success and seeming ability to gain new fans without compromising the musical ideals that form its core identity.

He continued: "It's always an amazing thing to see someone really young discovering SYMPHONY X. It just gives you the gas to keep going and just keep working hard."