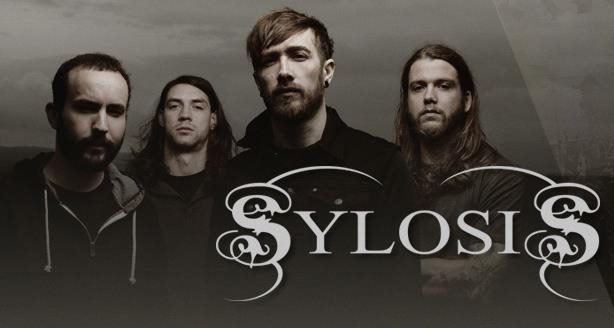 British metallers SYLOSIS have been forced to drop off their North American tour with TRIVIUM, DEVILDRIVER and AFTER THE BURIAL after being involved in a serious RV accident Tuesday night on their way to a show in Montreal, Quebec, Canada.

In a posting on the band's Facebook page, SYLOSIS guitarist/vocalist Josh Middleton writes: "Myself, Rob [Callard, drums] and [Alex] Bailey [rhythm guitar] have just been released after over ten hours in hospital. Carl [Parnell, bass] is being kept in overnight as he's in too much pain to walk but should hopefully be released tomorrow morning (Montreal time) once some of his muscle pain/swelling has subsided.

"All four of us and our driver were hospitalized, but seeing as Bailey was the only one who didn't get taken in on a stretcher and a neck brace, he wasn't treated as urgently. He's just had his back sewn up and is off to the scrap yard where the RV was taken to get people's clothes and some personal items — hero.

"We're all very lucky. We've mostly just been stitched up (my eyebrow, a few on Carl's legs and Bailey's back), badly bruised and what feels like full-body whiplash.

"In car-accident terms, we're alright, but in general terms we're not physically capable of continuing on with the tour and aim to get back to our families and friends [as soon as possible] to recover.

"We want to thank the paramedics, the passersby who came to our help, the staff at the hospital and all of the fans and bands that have wished us well. It means the world to us."

SYLOSIS' latest album, "Monolith", was recorded with Romesh Dodangoda in Wales at Monnow Valley Studio and was mastered by Jens Bogren (SOILWORK, AMON AMARTH, BLOODBATH) at Fascination Street Studios. The concept for the lyrics were loosely inspired by the Greek tale of Orpheus and Eurydice. The artwork was created this time around by Dan Goldsworthy (ACCEPT, HELL).

"Monolith" can be purchased on Amazon, iTunes and the Nuclear Blast webshop.