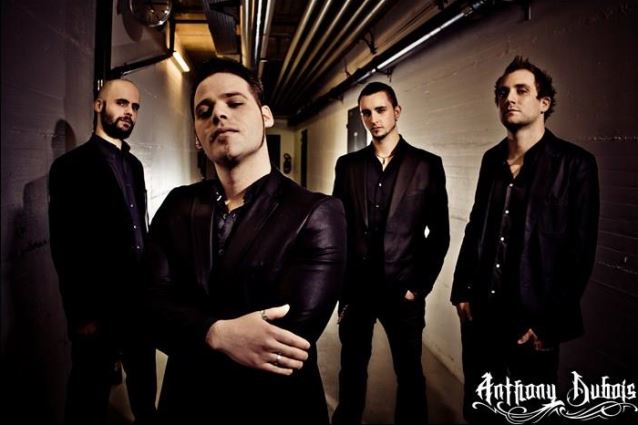 "This is the most difficult and worst announcement that we've ever had to make, and we were not expecting to have to, but, unfortunately, we do not have the choice... So here it goes:

"One month ago, it's with great sadness that Benjamin [Nominet, vocals] had to inform us that, because of reasons beyond his control, he won't be able to participate in the upcoming tours scheduled. He, consequently, after a lengthy period of reflections, decided to leave SYBREED, for professional and personal matters.

"On the rest of the band's side, we have therefore chosen to cancel all our upcoming engagements, which include our participation to the SOILWORK tour, considering that replacing Ben on such a short notice is out of the question, not only because it verges on the impossible, but mainly because we don't want to. He is now and always will remain an important part of SYBREED's identity, as well as one of its founders. So we will take some time off to focus on our other projects, and in time we'll see where we stand.

"We would like to thank Benjamin with a warm heart for those great years spent with him as SYBREED's singer, but also as a true friend.

"We are all very sad about this unexpected situation and still shocked, but it is what it is and nobody is to blame, just a mix of very sad and unexpected circumstances.

"We also would like to apologize to the bands and the staff involved in the Infinity Tour, and to our fans who expected to see us on stage on the upcoming days. We feel really awful canceling on such short notice.

"And most of all, we would also like to thank all the people we worked with and all the fans that supported us in the past ten years, we are very lucky to have you and will never forget.

"See you, hopefully, as soon as possible."

"The Line Of Least Resistance", the latet Benjamin Cappelletti-directed video from SYBREED, can be seen below. The song comes off the band's fourth album, "God Is An Automaton", which was released on September 24, 2012 in Europe and October 2, 2012 in North America via Listenable Records. The follow-up to 2010's "The Pulse Of Awakening" was recorded at Downtone Studio in Geneva and was once again mixed in Los Angeles by Rhys Fulber, who has previously worked with FRONT LINE ASSEMBLY, FEAR FACTORY and PARADISE LOST, among others. The artwork was created by Seth Siro Anton (SOILWORK, PARADISE LOST, SEPTICFLESH).