Queens, New York hardcore veterans SWORN ENEMY will release their new album, "Living On Borrowed Time", on May 13 via Rock Ridge Music/ADA. The artwork for the CD can be seen below.

The CD's first single, "Hard Way", can be streamed using the SoundCloud widget below.

SWORN ENEMY established itself in 2000 with the release of "Negative Outlook" on HATEBREED frotnman Jamey Jasta's Stillborn Records. The record was a mix of old-school hardcore punk and new school breakdowns, and quickly gained the band attention in the underground scene.

Since its inception, the band has gone on to release six highly successful and critically acclaimed albums. Now following a short hiatus, SWORN ENEMY has reformed and once again, it continues its legacy with the addition of new guitarist Matt Garzilli and bassist Mike Puccciarelli. 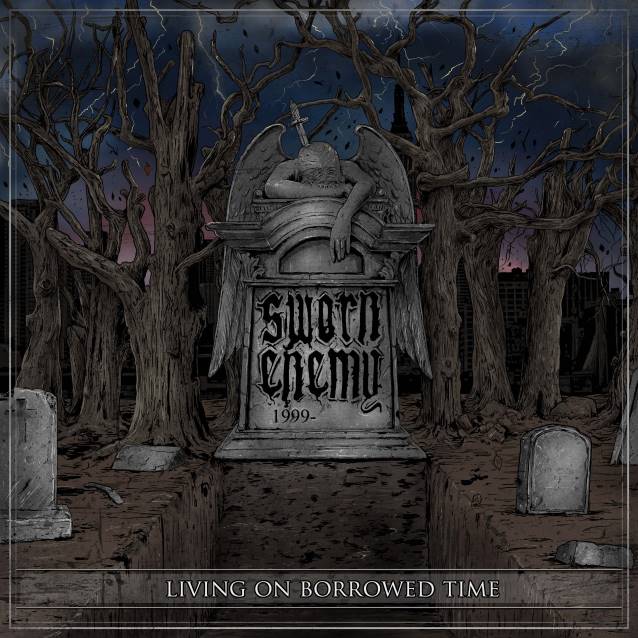