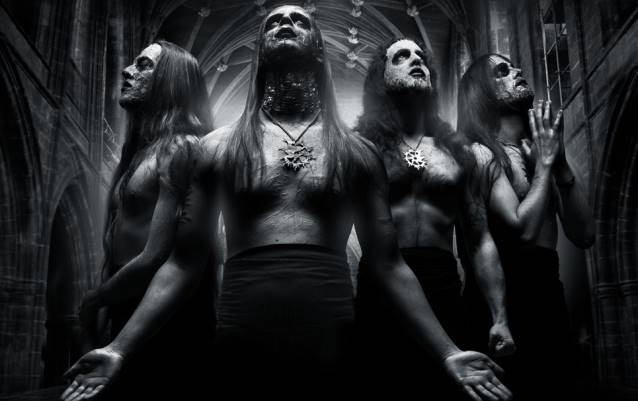 Prosthetic Records has announced the signing of the Basel, Switzerland-based extreme metal quartet SCHAMMASCH (aka Šamaš, the sun god from Akkadian / Babylonian mythology). The band's sophomore album, "Contradiction", will be released later in the year. The effort is described in a press release as "a sprawling, epic work over 85 minutes, presented with majestic artwork by artist Valnoir of the Metastazis Studio (PARADISE LOST, ALCEST, ULVER) in Paris."

Formed in 2009, SCHAMMASCH — which combines black metal roots with a razor-sharp hybrid of dark atmospherics, doom and Hermetic mysticism — released its debut opus, "Sic Lvceat Lvx", the following year to great acclaim. The album was supported by performances alongside such acts as JEX THOTH, TEMPLE OF BAAL, VORKREIST, EVOKEN and FORGOTTEN TOMB.

C.S.R., SCHAMMASCH vocalist and guitarist, commented on the new union with Prosthetic thusly: "One year has passed since the cold, devastating and never-ending studio sessions of 'Contradiction'. We are burning with desire to finally disclose the secret and reveal this ambiguous monolith to you all.

"It's not carrying things too far when I say that these almost four years of creation, production and finalization of this album were nothing less than a fuckin' odyssey, which ended up in having a thousand-faced double album of over 80 minutes to present to all the labels out there. And signing a deal Prosthetic Records at last, to give birth to 'Contradiction'. A label who worked with bands like 1349, TESTAMENT, DRAGGED INTO SUNLIGHT, SEPTICFLESH, SHINING (Norway), GOJIRA, LAMB OF GOD, ANIMALS AS LEADERS and KYLESA. We are extremely proud and excited to work with Prosthetic in the future. Thus shines the light. Thank you!" 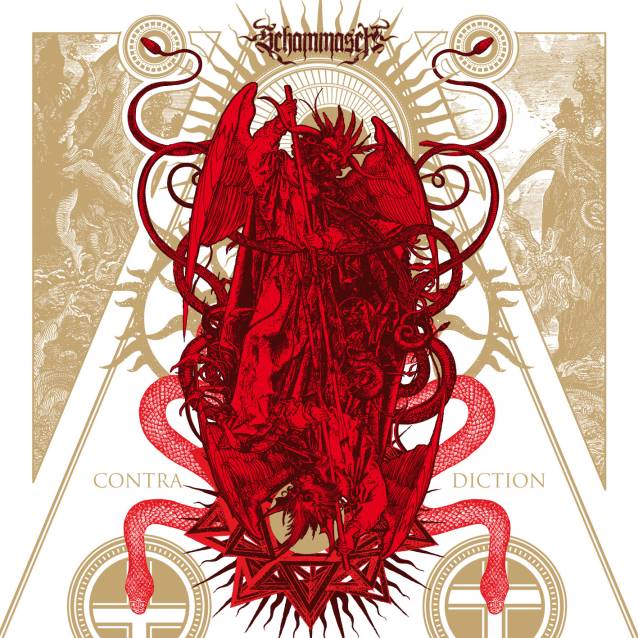