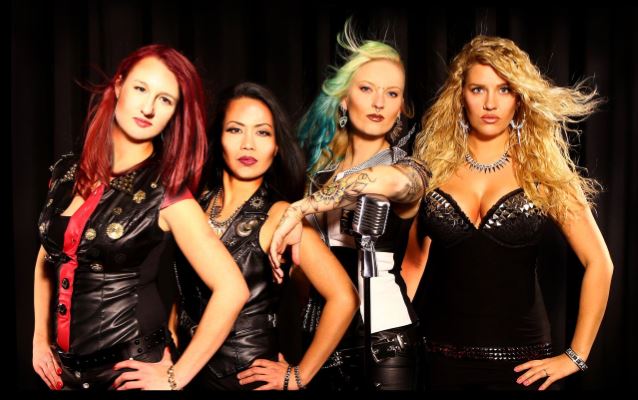 The ladies are currently looking for a label to release their debut album, tentatively due before the end of next year.

Says Schmier: "Those ladies sound original, fresh and heavy! I love the classical heavy metal influence and the [Rob] Halford-inspired vocals! I'll try to help them a bit with all my studio experience, give them confidence in their own sound and performance! It's a fun project. Normally, I have those smelly dudes around me ...haha!"

He continues: "I'm producing with my old buddy V.O. Pulver (POLTERGEIST, GURD, PANZER). We are like a well-oiled machine. He also works with us on the new DESTRUCTION record!

"The BURNING WITCHES will sure get their fans. Their sound, in between classical [JUDAS] PRIEST and U.S. power metal like ICED EARTH, caught my attention right away."

In 2015, Romana started to look for talented ladies for the new combo. Jeanine Grob (bass), a longtime friend, became the first official member. At a party at a festival, Romana met Seraina Telli (singer) for the first time. It clicked right away betweens the two girls, on a musical and on a personal level. Seraina brought in many ideas and a lot of experience because of her studies at the Music Academy and her band SURRILIUM. The guitarist and the singer became a great songwriting team right away.

After an intensive search and different auditions, BURNING WITCHES found Lala Frischknecht the perfect drummer for the all-girl metal band. Since summer 2015, the girls have been working hard on new material and in autumn 2015 they recorded the first three songs with Pulver at Little Creek Studio (PANZER, PRO-PAIN, DESTRUCTION). 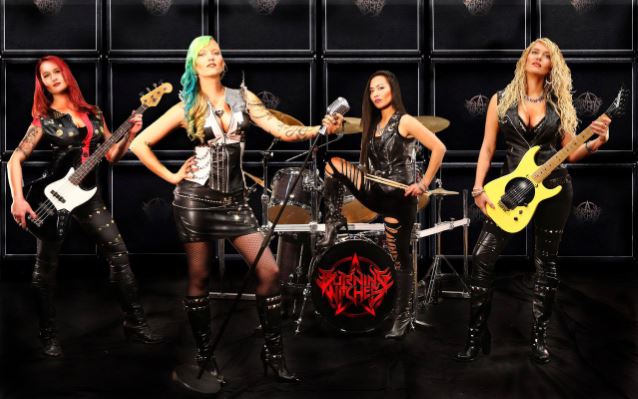