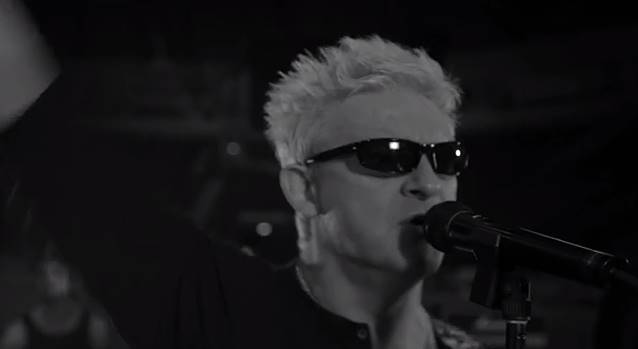 "Regenerator", the new Mark Hylands-directed video from reactivated NWOBHM legends SWEET SAVAGE (based in Belfast, Northern Ireland), can be seen below. The song is taken from the band's latest album, "Regeneration", which was released in 2011 via Rock Candy Records.

According to SWEET SAVAGE, the group has "now written and recorded a new record full of the most fresh and modern material, we as a band, believe SWEET SAVAGE has ever produced." The follow-up to "Regeneration" is tentatively due before the end of the year.

SWEET SAVAGE is among the acts that will perform at the U.K edition of this year's Sonisphere festival at Knebworth House. The guys will play on Sunday, July 6 on the Jägermeister Stage, where they will debut a collection of tracks off their next release as well a number of classic songs. Other bands set to perform on the day include DREAM THEATER, ALICE IN CHAINS and headliners METALLICA.

Current DEF LEPPARD guitarist Vivian Campbell was a member of SWEET SAVAGE from 1979 until 1982, when he joined DIO.

Campbell joined SWEET SAVAGE on stage for the first time in 30 years when the band supported THIN LIZZY in February 2011 in Belfast and Dublin to perform the classic track "Killing Time".

METALLICA's cover of "Killing Time" (co-written by Campbell) was included as the B-side to METALLICA's "The Unforgiven" single.