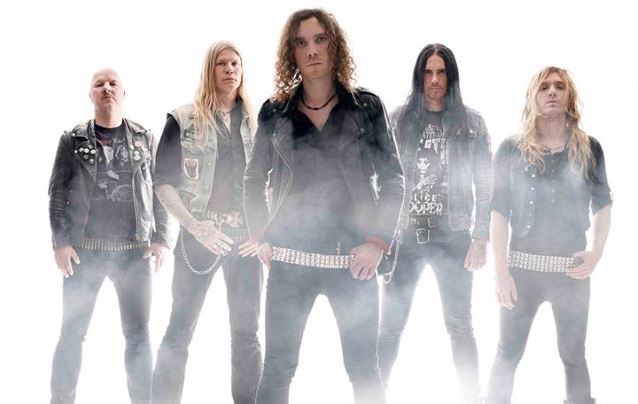 The official lyric video for the song "Berlin Model 32" from Swedish hard rockers BLACK TRIP can be seen below. The track is taken from the band's second album, "Shadowline", which will be released on August 28 in Europe and September 4 in the USA through Steamhammer/SPV as a digipak CD and colored vinyl LP and download.

BLACK TRIP's first all-killer-no-filler album "Goin' Under", released in 2014 (2013 in Scandinavia), was soaked in the true spirit of the NWOBHM and showed that great heavy metal music still can be made. With bands like IRON MAIDEN, SAXON, THIN LIZZY and '70s-era SCORPIONS amongst their influences, BLACK TRIP really paid both homage and respect to the classic metal sound that runs through the veins of every metalhead, and yet they have their own distinct sound and direction.

Now, two years on from that critcally acclaimed debut they are about to release their second album, "Shadowline", which vocalist Joseph Tholl describes as "a bigger, more diverse and more personal album, but still dark, heavy metal rock". Guitarist Peter Stjärnvind adds: "The album whilst heavy is also groovy and catchy and just makes you feel happy in a really good way."

Joseph continues: "When 'Goin' Under' was being shaped, it was, basically, just me and Peter. But during that time we got offered gigs here in Sweden before we even had a band, so very quickly we had to get the other guys on board so we could play these gigs and record the album. Me and Jonas [Wikstrand; drums] didn't know the other guys that well so we've all been on this journey, getting to know each other and growing together as a band.

"With the writing and recording of 'Shadowline', we have grown together and it really feels like we have become a band now. We've influenced each other and we've begun to understand what our potential is, what we can do and what we can't do. Every band member has contributed in one way or another to the shaping of this album and following on from what we did on 'Goin' Under' this was a very natural step for us.

"With the first album, we were establishing the foundations of our sound, now with 'Shadowline', we have started to build the framework of the band."

Speaking about the influences for "Shadowline", it's clear the whole process isn't an exact science for BLACK TRIP. Peter doesn't plan the songs, he just lets the mood take him and whatever comes out comes out. Two bands he has listened to constantly during this time are GEORDIE, particularly the album "Don't Be Fooled by the Name" and BLUE ÖYSTER CULT. "It's all about those little details and feelings that just blow you away!" says Peter enthusiastically.

"Shadowline" was recorded and mixed by Nicke Andersson (ENTOMBED, HELLACOPTERS, IMPERIAL STATE ELECTRIC) at his studio The Honk Palace in February/March 2015. All being fans of his bands and his musical taste and approach to sound, they felt he was someone they could trust to get the very best in the studio. The recording went really smoothly and Andersson has definitely captured the sound and feel of the essence of what BLACK TRIP are all about.

Says Joseph: "Nicke was totally on our wavelength from the start and during the recording process it felt like he was more or less one of us." Peter adds: "His all-around input was just great. He would suggest simple things, like going from a 4/4 time to double time on the hi-hat to give that extra drive. He really brings the best out of you in the studio and recording guitar solos with him was a delight. He is always encouraging you to do your best."

To coincide with the release of the new album, BLACK TRIP will finally hit the road for its first European tour dates outside of Sweden, something the band is hugely excited about. 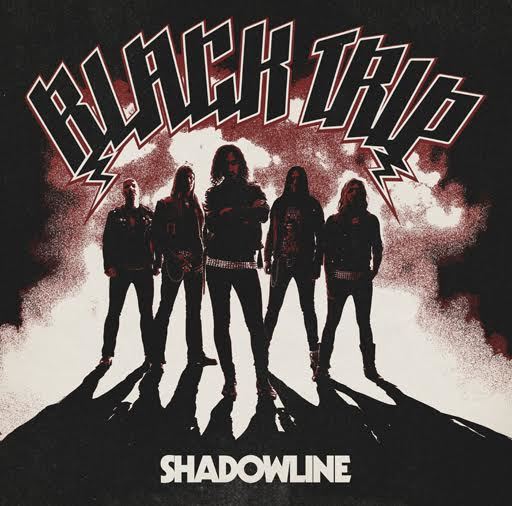