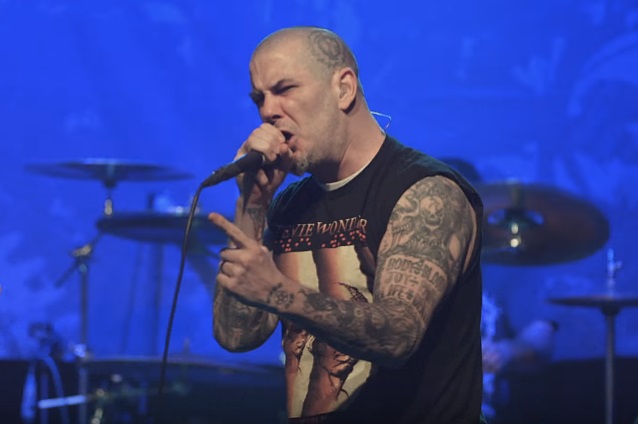 SUPERJOINT's new video for the song "The Alcoholik" can be seen below. The clip was shot by Mike Holderbeast in New Orleans, Lousiana during the band's 2017 tour.

SUPERJOINT's latest album, "Caught Up In The Gears Of Application", was released in November 2016 via singer Philip Anselmo's Housecore record label. The disc was recorded at Philip's New Orleans-area studio, Nodferatu's Lair and was produced by Anselmo and Stephen Berrigan. The effort was mastered by Scott Hull (AGORAPHOBIC NOSEBLEED, PIG DESTROYER) at Visceral Sounds.