SUNN O))) has announced four live performances in the United States to recognize the 10th anniversary of the band's creation, and to coincide with the recording of the group's first album, "The GrimmRobe Demos". According to a press release, "SUNN O)) will be playing material from 'GrimmRobe' exclusively. It will be a return to their primal origins, and approach respecting a concept of shoshin, the beginner's mind, the yet undyed pure wool, the clarity in initiation upon the untraveled. The attitude of embodying the basics precisely, point by point, line by line, with an immovable faith in the teaching, experience and of beyond the possibility. Of openness, eagerness, and lack of preconceptions when approaching, even with much experience, just as a beginner would upon the initial impetus and thirst to seek the path. And so, with this mindset, they will be approaching these live concerts. Pure, raw, uninhibited invocations featuring O)))'s core members: Stephen O'Malley and Greg Anderson ONLY. No guests, no vocals, no keyboards." 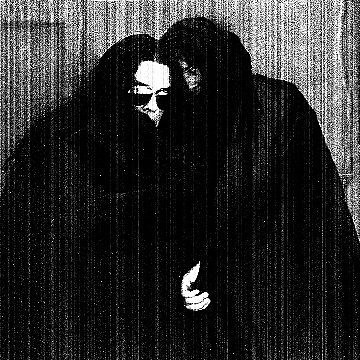