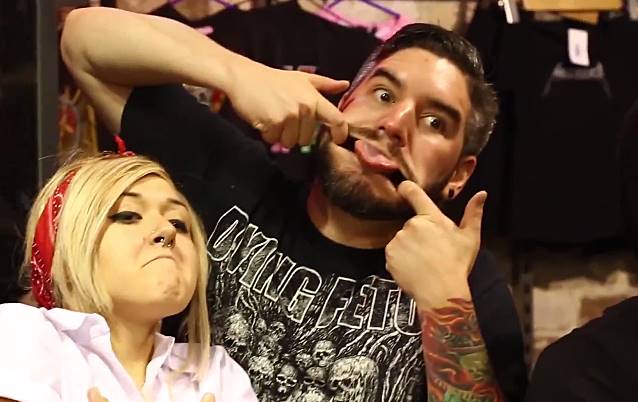 California deathcore masters SUICIDE SILENCE took part in a signing session and meet-and-greet on February 25 at Utopia Records in Sydney, Australia. Video footage of the event can be seen below.