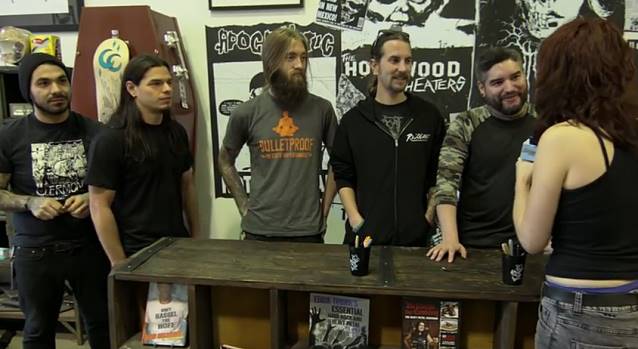 On February 26, California deathcore masters SUICIDE SILENCE took part in a meet-and-greet at Eureka Trading Rebellion in Victoria, Australia. Check out footage from Soundwave TV below.