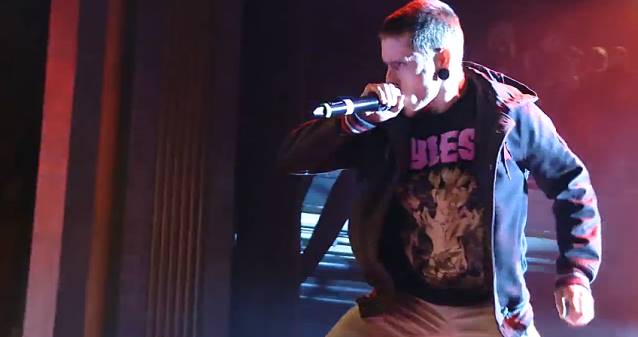 "Suicide Silence - Ending Is The Beginning: The Mitch Lucker Memorial Show" will be released on February 18, 2014 in North America and March 17, 2014 In Europe as a CD/DVD digipack and CD/Blu-ray combo pack. The set was directed by Jeremy Schott of MentalSuplex Productions and Zafer Ulkucu of Backseat Conceptions.

"Mitchell was born on October 20, 1984," says Mitch's mother, Denise Haddad. "He came out literally screaming and it ended up being his legacy."

"Mitchell was given that talent and that gift [of connecting with people through music] and even though he's not here today, those gifts are gonna continue to be shared because those young teens are going to tell their own children. That's how the legacy is gonna be able to be passed on."

The official "Suicide Silence - Ending Is The Beginning: The Mitch Lucker Memorial Show" listing is as follows:

The "Unanswered" performance clip featuring Phil Bozeman can be seen below. 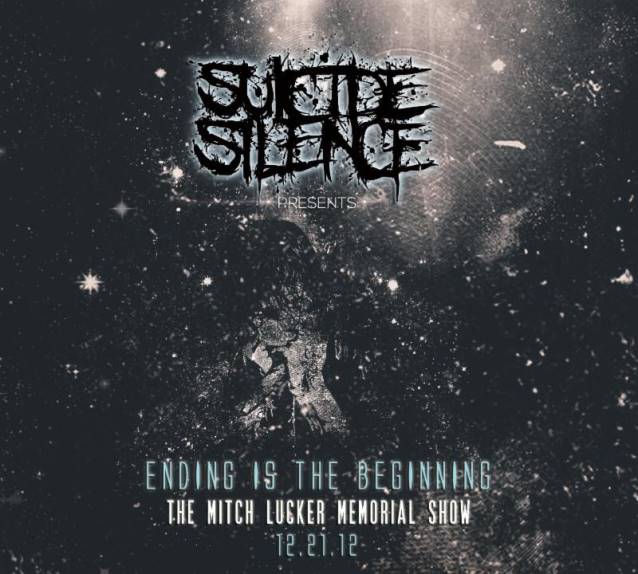