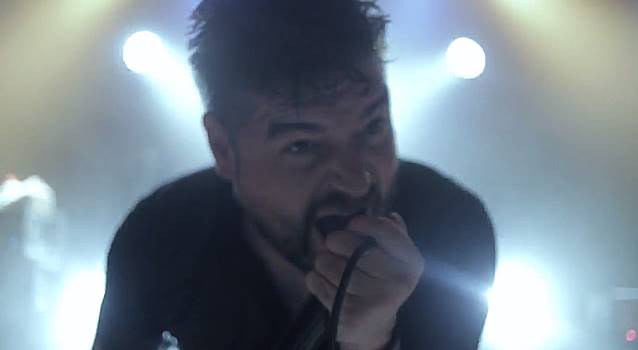 A teaser for "Cease To Exist", the new video from California deathcore masters SUICIDE SILENCE, can be seen below. The clip was filmed on June 8 at Le Grillen in Colmar, France and was edited by Brice Hinker.

"Cease To Exist" is taken from "You Can't Stop Me", SUICIDE SILENCE's first album to feature vocalist Hernan "Eddie" Hermida (formerly of ALL SHALL PERISH) and its first since the tragic loss of singer Mitch Lucker, which will be released on July 11 in Europe (except in the U.K., where it will arrive on July 14) and July 15 in North America via Nuclear Blast Entertainment.