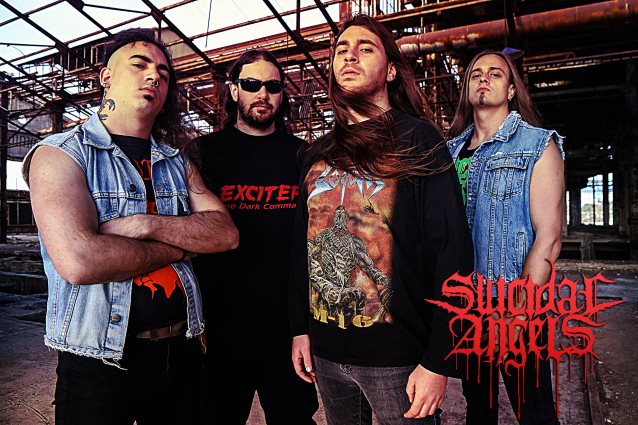 SUICIDAL ANGELS states: "Against the odds of the times (that we live), against gods, masters and slaves, the 'Division Of Blood' marches on and kills! Another incredible piece of art from Mr. Repka, follows our official sixth studio album. The banners of the Moshing Crew raise high and the legions are ready to unleash all the passion and the flame. Join the forces to clear the path, one is the way, no side loss just wrath!"

"Divide And Conquer" entered the German Media Control chart at position No. 82. The effort was made available in January 2014 via NoiseArt Records as a limited digipak, vinyl LP in different colors and as a digital download. 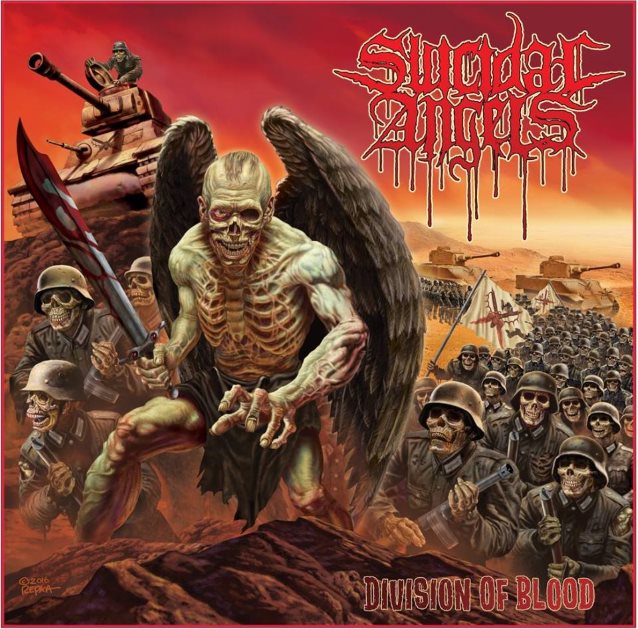