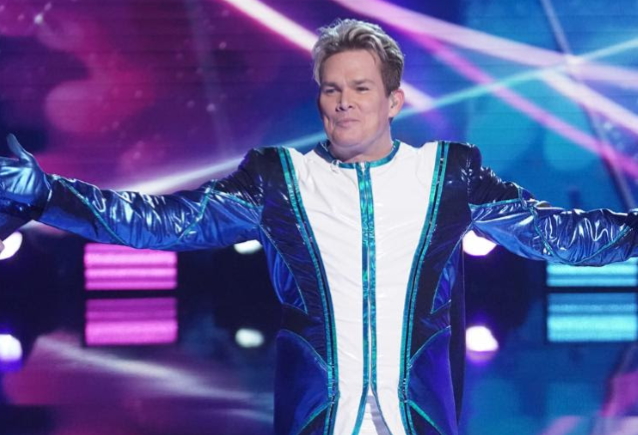 "The Masked Singer" judges were in over their heads, a little wet behind the ears and drowning in laughter, when SUGAR RAY lead singer Mark McGrath was revealed as Orca on the popular show Wednesday night. Celebrity panelists Jenny McCarthy, Ken Jeong, Nicole Scherzinger and Robin Thicke were completely stumped about his identity, as McGrath sang TWISTED SISTER's "We're Not Gonna Take It" and POISON's "Every Rose Has Its Thorn".

"Orca would like to thank everyone for their love and support while on MS5, he's currently migrating South for the Summer to rock Cabo," McGrath posted on his socials. "I would like to thank the extremely talented MS5 staff and team for the incredible opportunity, unwavering support, and newfound friendships...proud to be a part of The Masked Singer Family. The other contestants are just lucky I didn't get to my ‘Theme from Titanic' performance, it was a killer! Best of luck to all of you for the remainder of the season, it was an honor to share the stage with you!"

The killer whale revealed through his clue package the emotional performance of "Every Rose Has Its Thorn" was a tribute to his late father. "I always looked up to my dad and when I told him I was gonna be a dad too, it brought him so much joy," said McGrath as Orca. "Even though his health was deteriorating, he became laser-focused on the baby's baptism."

Thicke, whose own father actor Alan Thicke passed away in 2016, had an immediate connection with Orca's story but couldn't pinpoint his identity. Orca's revelation as the father of 10-year-old twins was no help, as Thicke locked in on Armstrong as his guess.

The rest of the panelists were impressed with the performance but had no idea who was under the fishy costume. Scherzinger stuck with her initial guess of FOO FIGHTERS lead singer Dave Grohl, which was also McCarthy's first presumption. Jeong also guessed Armstrong.

"The Masked Singer" can be viewed on the Fox web site.