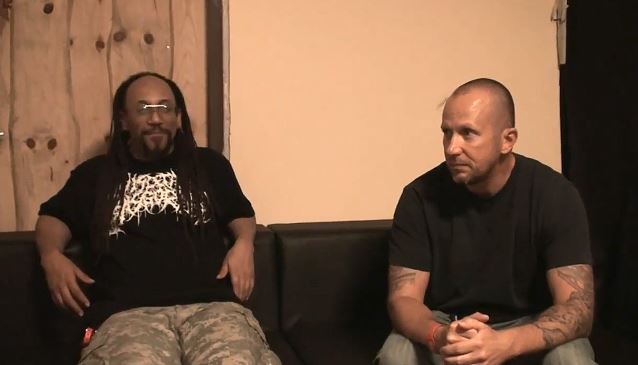 NoiseEyes.comTerrance Hobbs (guitar) and Frank Mullen (vocals) of New York death metal vetearns SUFFOCATION at the MetalDays festival, which was held July 20-26 in Tolmin, Slovenia. You can now watch the chat below.

SUFFOCATION's latest album, "Pinnacle Of Bedlam", entered the German Media Control chart at position No. 58. The CD was released on February 19, 2013 via Nuclear Blast Records. The artwork was handled this time around by Raymond Swanland.