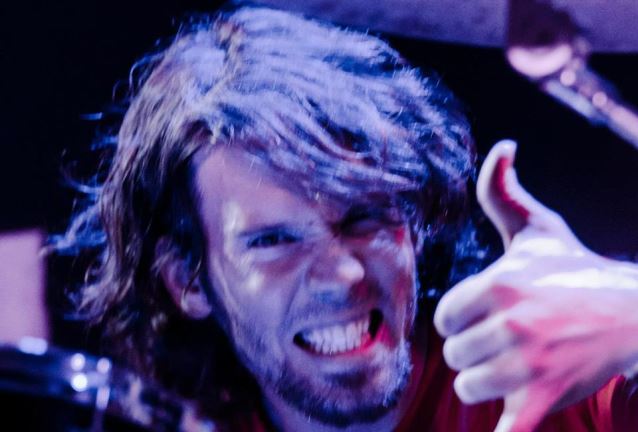 Drummer Kevin Talley (CHIMAIRA, MISERY INDEX, DAATH) played his first show with SUFFOCATION in more than 15 years on October 11 at the Trois-Rivières Metalfest in Trois-Rivières, Quebec, Canada. He also performed with the group on October 18 Revolution Bar & Music Hall in Amityville, New York.

Talley was filling in for regular SUFFOCATION drummer Dave Culross who is reportedly going through some family matters that require his full-time attention.

Fan-filmed video footage of the Amityville concert can be seen below.

SUFFOCATION's new album, "Pinnacle Of Bedlam", entered the German Media Control chart at position No. 58. The CD was released on February 19 via Nuclear Blast Records. The artwork was handled this time around by Raymond Swanland.