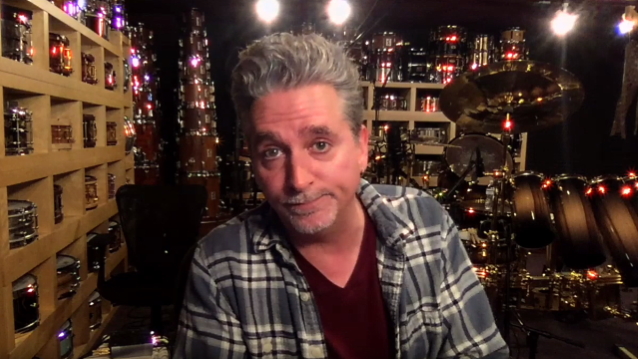 Sucherman, who took over drumming duties in STYX a year before the death of John Panozzo in 1996, announced the completion of his solo record in a video message earlier today (Wednesday, January 22).

Regarding the musical direction of "Last Flight Home", Sucherman said: "I think most people would expect some sort of drum-centric record or some fusion record, but it's not. It's a vocal record — songs, melodies, stories; it's what I love the most about music. I've always been kind of terrified of the whole singing thing, so that's kind of how I felt that I might be in the right place here. I really wasn't sure that I could pull it off, but I wanted to try to attempt something that I didn't know that I could do with music that I'm extremely proud of."

He continued: "I can already hear the Internet choruses of, 'Hey, Sucherman, what do you think, you're a big singing star now? Why don't you shut up and sit down and play the drums?'

"I have no ambitions of being a big singing star, and there's plenty of drumming on this record — song-supportive drumming; my favorite kind of drumming," he explained. "So I hope you'll listen without prejudice when it comes out."