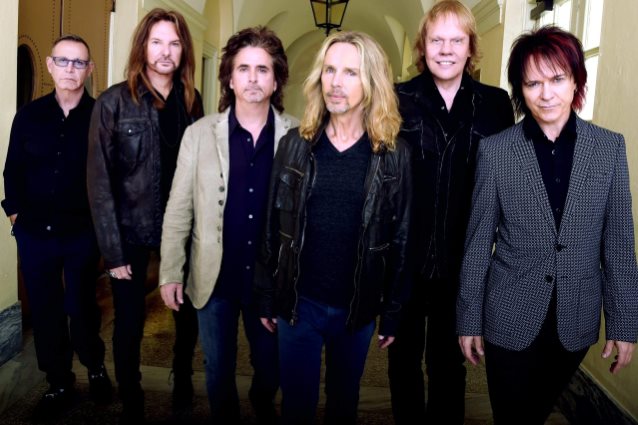 According to The Atlanta Journal-Constitution, STYX's Todd Sucherman is being sued by a fan who claims to have suffered injuries in the face after the drummer allegedly "negligently threw a drumstick into the audience" during band's 2015 performance in Georgia.

Sucherman failed to give a "timely and proper warning to allow [the fan] to fully protect herself from injury," the suit alleges.

The fan is seeking to recover damages, including medical expenses and lost income.

Also named in the lawsuit is TMB Productions, which is said to have "owned, operated or managed the band STYX in its musical performances" at the time of the June 2015 incident.

Sucherman joined STYX in 1996 when founding member John Panozzo proved too ill to perform with the band. Sucherman toured with STYX and first appeared on their live album/video "Return To Paradise" (1997), then on the studio album "Brave New World" (1999). Two live albums, "Arch Allies: Live At Riverport" (with REO SPEEDWAGON) and "Styx World: Live 2001", followed. "Cyclorama", another studio album, appeared in 2003. "Big Bang Theory", which consists of cover versions of classic rock songs, arrived in 2005.