Audio samples of all 10 tracks that appear on "Rock 'n Roll Children", the second album from Finland's STURM UND DRANG, are available at this location. The follow-up to the band's platinum-selling debut (in Finland) "Learning To Rock" hit the stores in the group's home country on November 12 and will be issued in other parts of Europe on January 16, 2009 via GUN.

In 2007, the Finnish teenager heavy rock sensation kicked the dust off people's butts with their energizing and powerful debut, and now, after touring Finland, Central Europe and Japan for over 100 shows, they have fueled up the engine with ten new powerful and catchy rock tunes. The sophomore release, "Rock 'n Roll Children", is a dynamic combination of fast and furious metal songs and rock gems with huge sing-along choruses.

"The title 'Rock 'n Roll Children' does not really stand for the band themselves, but it's more like a symbol for the whole rock 'n roll generation, all the people around the world who listen to rock and metal music; the 'children', the 'disciples' of rock 'n roll," says vocalist Andre Linman. "It also has an ironic touch to it, because the title itself doesn't really promise too much, but when people hear the music, they notice that we actually are mature and skillful enough to play heavy metal. In my opinion, that's much better and cleverer than to promise too much — as if we would name the album like 'Gods of Metal' or equal."

Having formed the band when they were as young as 13, the members of STURM UND DRANG have developed remarkably fast to a noteworthy heavy metal band with a good bit of mainstream appeal. Now around 16 and 17 years old, the bandmembers are both, skillful musicians and charismatic performers, who know how to communicate with their audience.

The "Break Away" video (a track that is included on "Rock 'n Roll Children") can be viewed below. 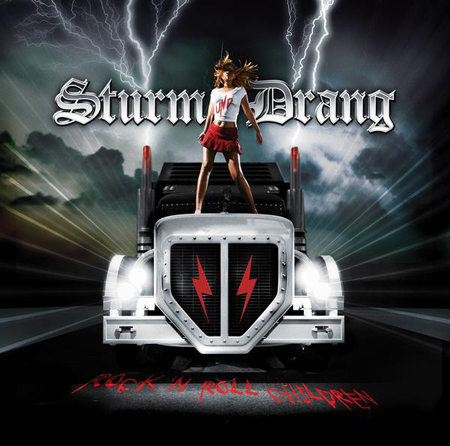