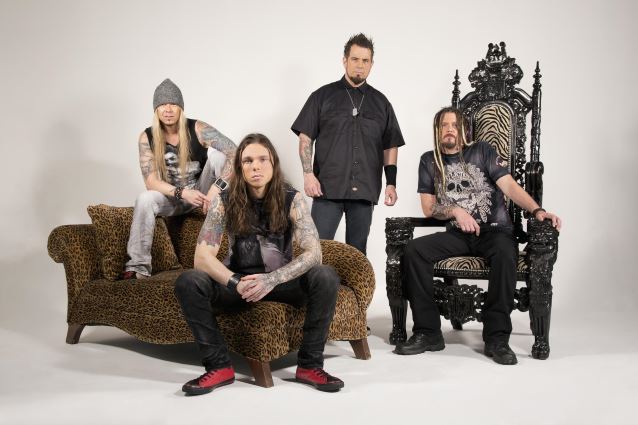 For longtime STUCK MOJO fans, the wait is over. After a seven-year hiatus from touring, and almost nine years since the band's last release, a new album, "Here Come The Infidels", will be available for pre-orders beginning Friday, March 25 at 11 a.m. EST, through Pledge Music. To say thank you, everyone who pre-orders the album will immediately receive a digital download of the track "Verbal Combat", the lyric video for which can be seen below.

Says STUCK MOJO guitarist Rich Ward: "Pledge Music is a perfect fit for us. This time we're not just putting out a record like bands have done since the dawn of the record industry, we're offering it directly to YOU. Pledge Music has become our virtual merch booth, where you can buy a CD, a limited-edition LP in red vinyl and a t-shirt directly from us, just like you would at one of our shows. And unlike traditional retail chain stores, Pledge Music also allows us to offer signed CDs, LPs and posters, in addition to all kinds of one of a kind items, right from our Pledge store."

STUCK MOJO has never been part of a genre, and with Andy Sneap (MEGADETH, EXODUS, TESTAMENT, KILLSWITCH ENGAGE, ACCEPT) back in the studio as the band's producer, "Here Come The Infidels" will have many declaring this the comeback album of the decade.

Continues Ward: "Let me get this out of the way: I love Andy Sneap. He is arguably the best metal producer in the world, and his leadership in the making of this record has elevated it to a standard that few albums achieve. Plus, we had a great time seeing how loud we could turn up a guitar amplifier for an extended period of time."

"Here Come The Infidels" contains eleven tracks of unmistakeable Ward riffing, working like a sledgehammer in partnership with long time drummer and groove partner Frank Fontsere. Twenty-five years of chemistry make Ward and Fontsere one of the best in the pocket rhythm sections in heavy music. These big STUCK MOJO riffs lay the foundation for the spit-soaked lyrics of counterculture fury, delivered by new vocalist Robby J. Ward discovered Robby J through — how else? — a YouTube video, and in that moment instantly realized that he had found the new voice and face of the band.

Says Ward: "Robby J is a fucking ninja, the total package vocalist/frontman. Mark my words, this guy is going to set a new standard for what a band with a rapper looks like."

Batting cleanup is the newest addition to the band, bassist Len Sonnier. Hailing from the Texas-Louisiana border, Len is a veteran bass player, best known for his time spent as the touring bassist in KING'S X frontman Doug Pinnick's POUNDHOUND project.

Due on June 24, "Here Come The Infidels" is described in a press release as "an album for this moment in history, as it escalates STUCK MOJO's rich history of desecrating the remains of Che' Guevara and causing your Prius to emit plumes of black smoke. Its overwhelming lyrical rebuke against leftist, authoritarian, fascist dogma makes 'Here Come The Infidels' a 41-minute-and-18-second pushback against the social justice movement." 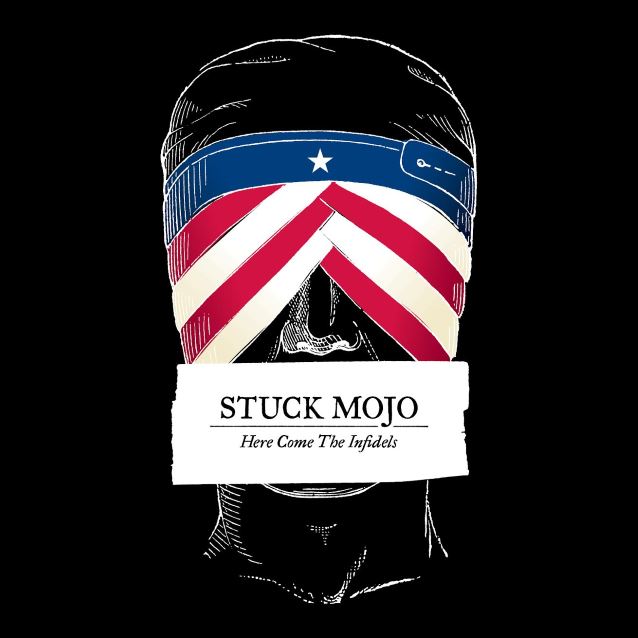