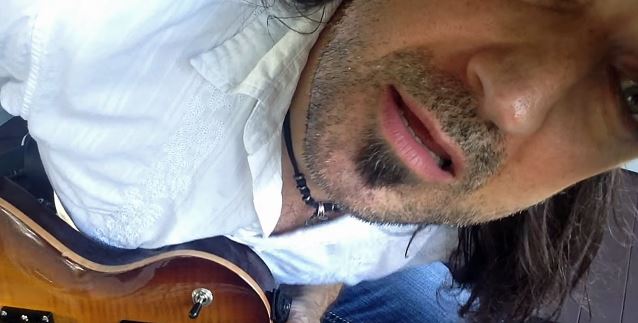 A guitar-tutorial video for the "Fallen" title track — courtesy of STRYPER guitarist/vocalist Michael Sweet — can be seen below. He says about the song: "'Fallen' is about Lucifer before he became Satan. It's the story of how he got kicked out of Heaven. He tried to overthrow God and take over. The song talks about how beautiful he was. When he walked, there was music. He was the angel of worship and this incredibly powerful and beautiful being."