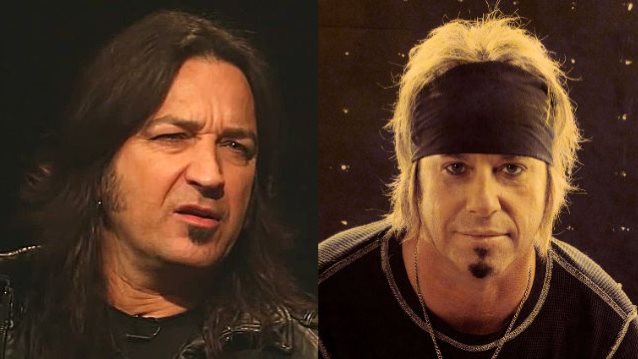 STRYPER frontman Michael Sweet has slammed Bobby Blotzer for "drag[ging] the name and reputation of [RATT] through the mud because he feels he has the right to do so."

RATT guitarist Warren DeMartini filed a lawsuit against Blotzer last fall, claiming that the drummer was falsely advertising his "tribute band" as the real thing. That dispute is still pending in California state court.

In a post on his Facebook page, Sweet commented on the legal battle between Blotzer and DeMartini, saying: "I wish these guys all the best and hope they can resolve their issues.

"I used to chat with all of them back in the day and they were great guys.

"I think it's sad and unfortunate when a member of a band (who isn't really even an original, mind you) decides to drag the name and reputation of the band through the mud because he feels he has the right to do so.

"I'm looking forward to seeing/hearing what RATT (NOT [Bobby Blotzer's] version) does. One of my favorite bands from the 80's and here's to more."

Three members of RATT's classic lineup — DeMartini, singer Stephen Pearcy and bassist Juan Croucier — reunited last month at a Los Angeles birthday party, leading to speculation that they were planning to launch their own version of the band that would not include Blotzer.

I wish these guys all the best and hope they can resolve their issues. Ratt was a house band at Gazzarri's when Stryper...