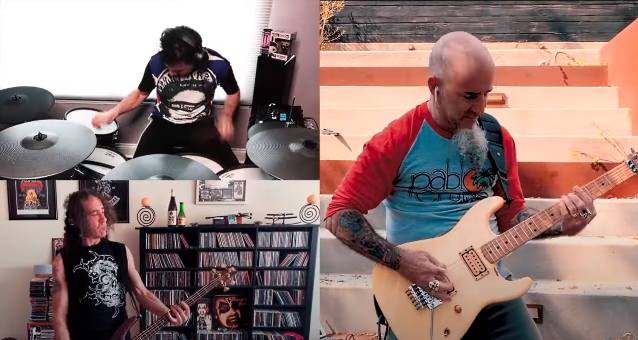 Less than two weeks after sharing a "quarantine version" of the STORMTROOPERS OF DEATH instrumental song "March Of The S.O.D.", recorded with each member separated in their own homes, Charlie Benante (ANTHRAX), Scott Ian (ANTHRAX) and Dan Lilker (NUCLEAR ASSAULT, ex-ANTHRAX) have returned with another S.O.D. track, "Chromatic Death", produced under the same circumstances.

Benante uploaded a video of the performance to his YouTube channel, writing in an accompanying message: "one more , that's all folks. Stay safe"