Norwegian metallers STONEGARD will play their last shows ever on January 16 and January 17 at Rockefeller and Sub Scene — both in Oslo. The Rockefeller concert will be filmed for a DVD, to be released before the summer. Support at the gig will come from SAHG and BENEA REACH.

STONEGARD announced in October that it was disbanding because its members "could not find a way to continue [their] work together."

A remixed version of STONEGARD's second album, "From Dusk Till Doom", was made available on September 1 via Indie Recordings.

STONEGARD spent their first years in Scandinavia touring heavily and opening for acts like BLACK SABBATH, KORN, SLIPKNOT, MOTÖRHEAD and SYSTEM OF A DOWN.

For the European release of "From Dusk Till Doom", STONEGARD upgraded the album with a new mix, re-recorded guitars and bass and brought in no other than Ted Jensen (SLIPKNOT, MACHINE HEAD) for the mastering. 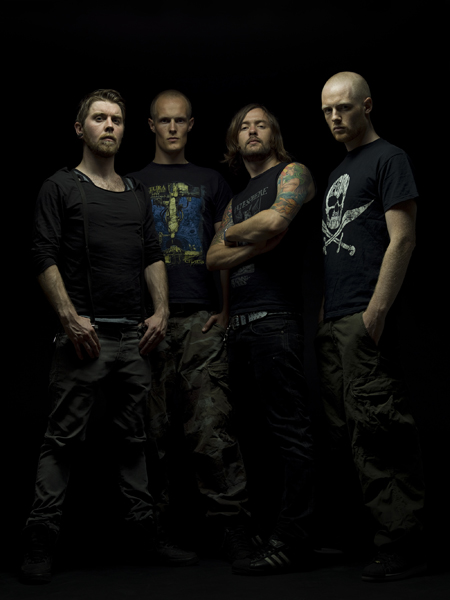