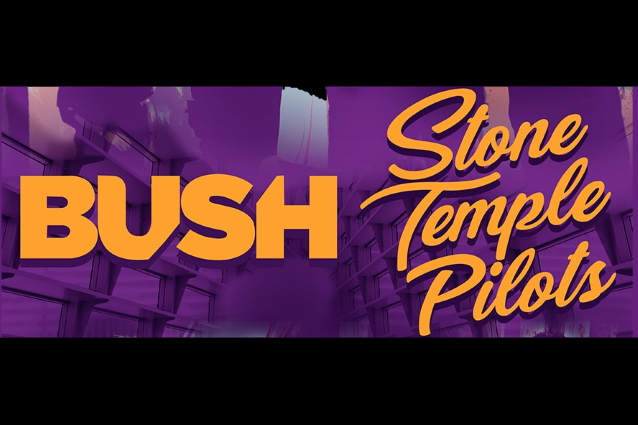 STONE TEMPLE PILOTS and BUSH will team up for a co-headline tour this fall. The 11-city outing kicks off Thursday, September 30 in Mesa, Arizona and wraps Sunday, October 17 in Oklahoma City, Oklahoma.

The multi-platinum bands will create an unforgettable night of music, with each group taking the stage in a different order of the revolving headline tour. Fans can expect a full set of music from both bands, playing some of the most iconic alternative rock hits in radio history.

Tickets go on sale to the general public Friday, August 20 at 10:00 a.m. local time at www.stonetemplepilots.com and www.bushofficial.com.

Limited amount of $20 tickets are available except where noted* below.

The announcement comes just ahead of the release of the Lionsgate thriller "Habit" starring BUSH's Gavin Rossdale, Bella Thorne and Paris Jackson. "Habit" arrives in select theaters and everywhere you rent movies August 20; on Blu-ray and DVD August 24.

STONE TEMPLE PILOTS will also embark on a solo headline tour, beginning October 9 in Chattanooga, Tennessee and starting up again October 18 through November 9. Tickets go on sale this Friday August 20.

$20 tickets available except where noted:

With over 70 million albums sold, STONE TEMPLE PILOTS roared on to the scene in 1992 with their raucous debut, "Core". A breakout success, the album peaked #3 on the Billboard 200 chart, and dominated radio waves with hits like "Sex Type Thing", "Wicked Garden" and the Grammy Award-winning smash single "Plush". STP quickly distinguished themselves as a band beholden to no trend. Boasting the inimitable riffs of guitarist Dean DeLeo, the propulsive rhythm section of bassist Robert DeLeo and drummer Eric Kretz, and the charismatic baritone of frontman Scott Weiland, STP ruled airways, video playlists and charts alike over their legendary career. The band released their latest studio album, "Perdida", in 2020 with new lead singer Jeff Gutt. Paste magazine described "Perdida" as the most sonically rich experience that STONE TEMPLE PILOTS have offered fans to date.

With a discography that includes such seminal rock albums as 1994's six-times-platinum-selling "Sixteen Stone", '96's triple-platinum-selling "Razorblade Suitcase" and '99's platinum-selling "The Science Of Things", BUSH has sold over 20 million records in the U.S. and Canada alone. They've also compiled an amazing string of 23 consecutive Top 40 hit singles on the Modern Rock and Mainstream Rock charts. Eleven of those hit the Top 5, six of which shot to No. 1: "Comedown", "Glycerine", "Machinehead", "Swallowed", "The Chemicals Between Us" and "The Sound Of Winter". The latter made rock radio history as the first self-released song ever to hit No. 1 at Alternative Radio, where it spent six weeks perched atop the chart's top spot. The song appeared on 2011's "comeback album," "The Sea Of Memories", which was BUSH's first studio album in ten years. That year Billboard ran a story about the band under the headline "Like They Never Left" — a fitting title as the multi-platinum quartet (vocalist/songwriter/guitarist Gavin Rossdale, guitarist Chris Traynor, bassist Corey Britz and drummer Nik Hughes) promptly picked up where they left off. They've continued to dominate rock radio and play sold-out shows to audiences around the world ever since. Their latest album, "The Kingdom", followed 2017's "Black And White Rainbows", which People magazine hailed as "a triumphant return." 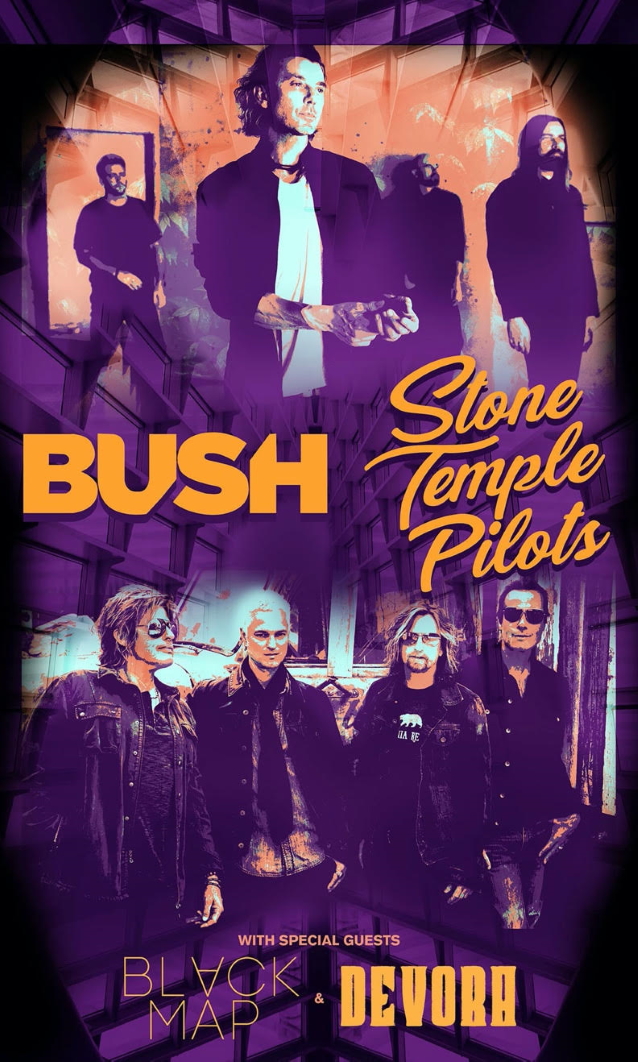