STONE SOUR, TRIVIUM and FOZZY are among the artists who have contributed cover versions of classic IRON MAIDEN songs to Kerrang! magazine's highly anticipated sequel to the classic 2008 "Maiden Heaven" cover CD.

The new CD, which is only available with physical copies of the magazine's latest issue, features the following track listing:

You can order your physical copy here.

Asked why STONE SOUR decided to cover "Running Free", singer Corey Taylor told Metal Hammer: "Well, if you're going to cover something, then you want to make sure you go for the best. It's no secret that I'm a huge IRON MAIDEN fan because... I mean... it's fucking MAIDEN, man! They've got so many great songs and I think they've got two vocalists that really led the charge you know. Not to put anything down that they did with Blaze [Bayley], but growing up it was [Paul] Di'Anno and [Bruce] Dickinson for me. So it was just a case of figuring out which tune we wanted to do and 'Running Free' just had the spirit of what we were looking for. You know, it's kickass, it's driving, it’s got the great MAIDEN guitar breaks that makes them such a special band. So, once we settled on that song and really got into it, we were really stoked."

TRIVIUM frontman Matt Heafy previously told Kerrang! that his band's own brand of heavy riffage could never have existed without MAIDEN's worldwide influence.

"IRON MAIDEN helped create what we know as heavy metal," he said. "Their influence can be heard on classic and contemporary bands alike; their fanbase spans across the youngest and newest of heavy music recruits all the way to the diehard, life-long metal elite." 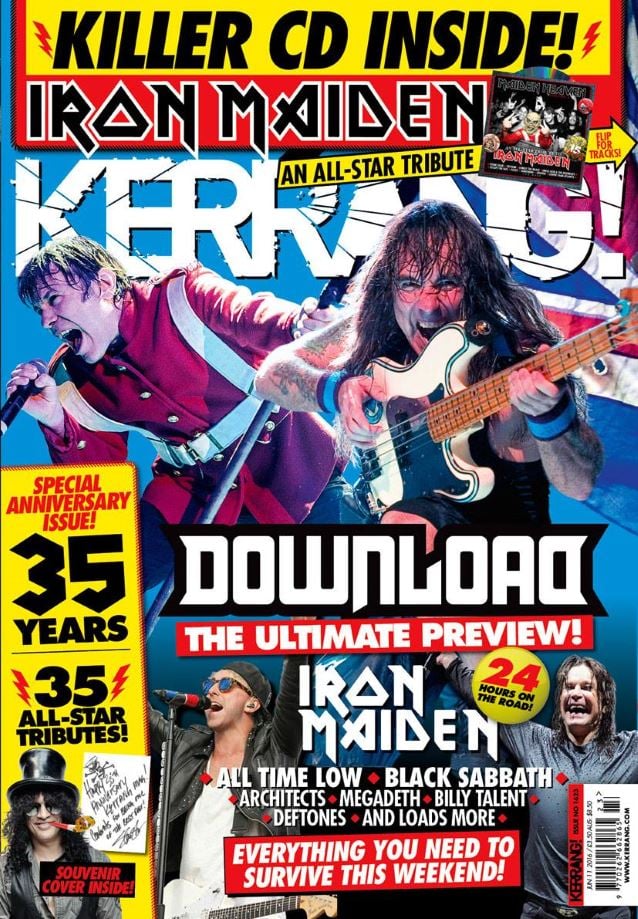