"Hydrograd Acoustic Sessions" is a 12-inch vinyl EP of acoustic versions of selected songs from STONE SOUR's 2017 album, "Hydrograd". The effort will be made available on solid silver vinyl accompanied by digital download at participating record stores.

A trailer for "Hydrograd Acoustic Sessions" can be seen below.

For more information on Record Store Day 2018 participating stores, go to this location.

STONE SOUR guitarist Josh Rand revealed in a statement issued on Sunday (April 15) that he sought treatment earlier this year for "an alcohol and Xanax dependency" which forced him to sit out the band's last tour. Rand wrote: "As many of you may already know, in January of this year I made the difficult decision to step away from the Canadian leg of the STONE SOUR tour. "I hit a personal breaking point and it was imperative that I address it."

Rand continued: "My high anxiety and desire to feel comfortable in my own skin over the years led to an alcohol and Xanax dependency. That, along with aggression issues, made me feel miserable and I just could not continue to live that way. Thankfully, with the support of my band, family, and friends I was able to come home and seek help. Now [three months later], I'm doing well, but still a work in progress."

Rand last performed with STONE SOUR on the ShipRocked cruise in mid-January before stepping away for what were at the time unspecified issues.

STONE SOUR enlisted a temporary replacement for its Canadian tour, with singer Corey Taylor later saying that Rand would rejoin his bandmates on April 27 at the Welcome To Rockville festival in Jacksonville, Florida.

Which tracks are you stoked to hear acoustic? 'Hydrograd Acoustic Sessions' LP is out this Saturday, April 21. #RSD18 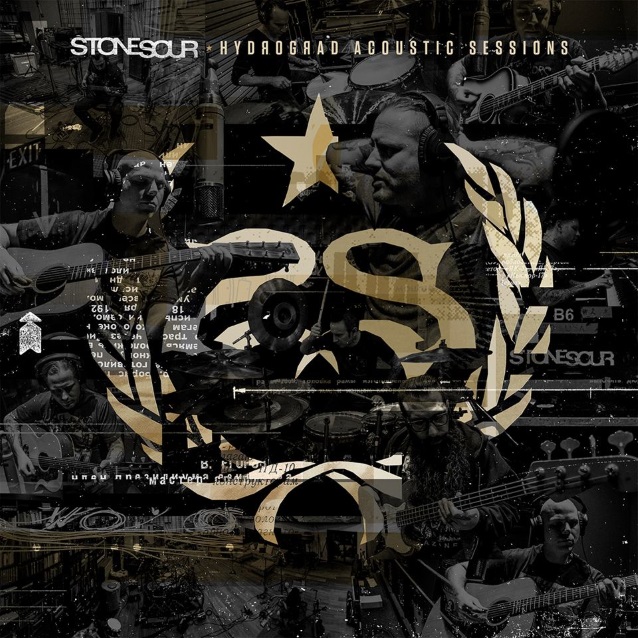