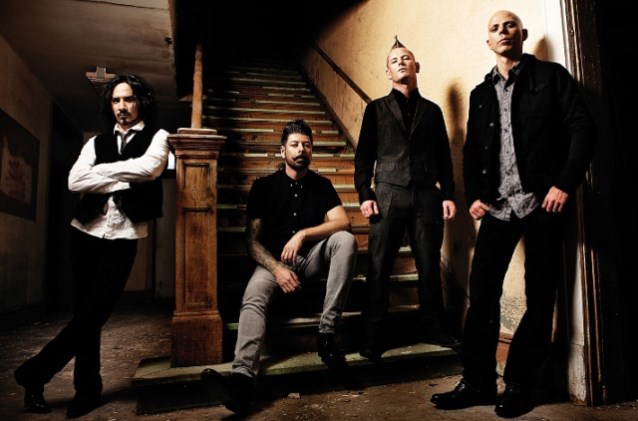 The official lyric video for the song "The House Of Gold & Bones" from STONE SOUR, the group fronted by SLIPKNOT's Corey Taylor, can be seen below. The track is taken from "House Of Gold & Bones - Part 2", the second part of STONE SOUR's two-album series, "House Of Gold & Bones", which sold 35,000 copies in the United States in its first week of release to land at position No. 10 on The Billboard 200 chart. The record arrived in stores on April 9, 2013 via Roadrunner.

The "House Of Gold & Bones" albums were recorded at Sound Farm Studios just outside of the band's native Des Moines, Iowa with producer David Bottrill (TOOL, MUSE) at the helm.

Root reportedly chose to sit out STONE SOUR's recent North American tour so that he could concentrate on writing music for the next SLIPKNOT album.

He was replaced on the STONE SOUR tour earlier this year by Christian Martucci. It is not clear if Martucci will continue with the group.

Taylor and Root spent much of the last four years recording and touring behind three full STONE SOUR studio records, including 2010's "Audio Secrecy" and the double concept album "House Of Gold & Bones".