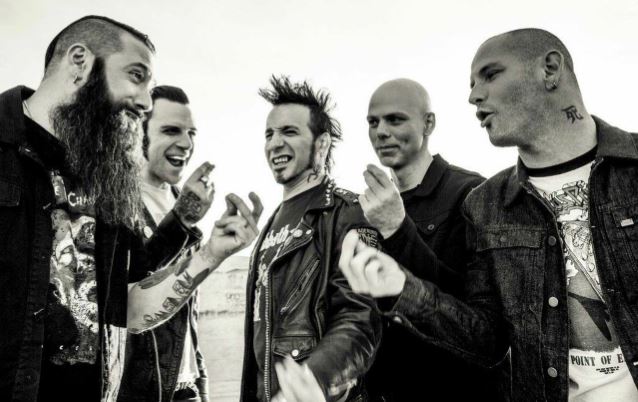 Acclaimed rockers STONE SOUR have welcomed guitarist Christian Martucci as a "permanent" member of the band.

Martucci originally joined STONE SOUR in late 2013 as the replacement for Jim Root, who was fired from the group after deciding he wanted to sit out the band's last tour in order to start work on the next album from SLIPKNOT, of which he is also a member.

Asked by a fan on Facebook earlier today (Wednesday, March 18) if Martucci will be the "permanent replacement" for Root, STONE SOUR replied: "Yes."

Root told Guitar World magazine in a 2014 interview that he had no desire to rejoin STONE SOUR and that some of its members were "only concerned about money." Root explained, "Some of the guys in STONE SOUR, I think they just want to be a radio band and write strictly for radio and try to be more of a poppy rock band. And that's not really what I'm into. There's at least one guy in the band that's only concerned about money. I really have no desire to associate with people like that anymore."

Regarding his split with STONE SOUR, Root told Revolver magazine, "The band kept pushing for more dates, and I was just, like, 'It's time to stop!'"

Taylor said last year that STONE SOUR's split with Root "put a strain between he and I for a little bit" when the two reconvened to work on the new SLIPKNOT album.