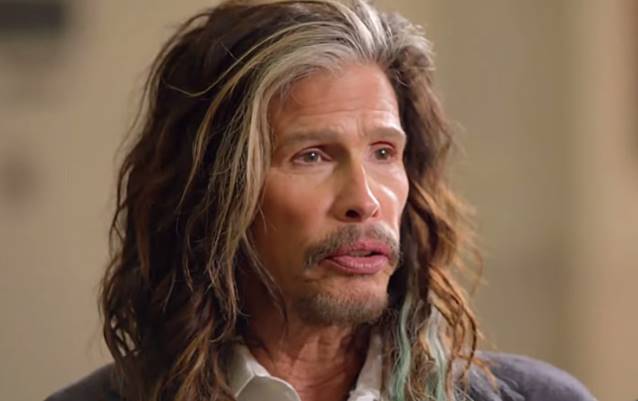 AEROSMITH frontman Steven Tyler says that he is worried that he could one day end up dying like Prince.

It was recently reported that the powerful painkiller Percocet was present in the legendary music icon's body when he was found dead late last month. But it is not yet clear if the substance played a role in his death.

The AEROSMITH lead singer, who has admitted to a decades-long struggle with substance abuse as well as a more recent relapse into prescription drug addiction, expressed his sadness over the loss of Prince, whom he called "a saint" and "a musician who spoke my language."

Tyler told People magazine: "We're going to miss him and his music, but I think it's deeper than that."

Although he managed to stay sober for 12 years after a successful recovery in 1988, Tyler fell off the wagon into painkiller addiction following foot surgery, which led to him declaring doctors the new drug dealers.

"You know, I am very aware of taking too much of something," he told People. It got me in rehab many, many times. As a recovering drug addict and alcoholic, I get that. In the '80s, I fell to my knees with my addictions."

The rocker continued: "Doctors are the new pushers. All of America isn't strung out on street drugs, they're strung out on prescribed drugs.

"I'm hoping whoever brought him [Prince] to the hospital that night will have something to say... I hope it's not drugs. But if it is, this didn't have to happen... I was fortunate enough to have someone who said, 'You're going to Betty Ford [rehab clinic], again.'"

In a new interview with DuJour magazine, Tyler said: "I think Prince died so I could live. I think we both have the same disease. Today I'm sober and alive. Will I be dead tomorrow? I don't know."