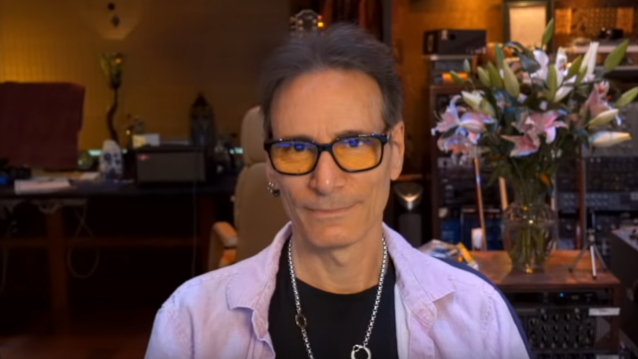 Steve Vai has paid tribute to Alexi Laiho, calling the former CHILDREN OF BODOM frontman "a fiercely confident and monstrous guitar commander of the highest order."

On Monday (January 4), Vai took to his social media to write: "So sorry to hear of the passing of Alexi Laiho of CHILDREN OF BODOM. With his band he was part of a powerful movement that ushered in hi octane, intense Metal at its most brutal and beautiful. I had the good fortune of meeting him several times and being a part of this Guitar World story with him. He was always respectful, personable, quiet and unassuming, but then you'd hear him play and you realize that embodied in that delicate frame was a fiercely confident and monstrous guitar commander of the highest order. Rock on young brother."

In a 2005 interview with Fourteeng, Laiho said that Vai was "probably like one of my all-time favorite guitar players ever. I mean, he's the reason why I started playing guitar anyway."

So sorry to hear of the passing of Alexi Laiho of Children of Bodom. With his band he was part of a powerful movement...