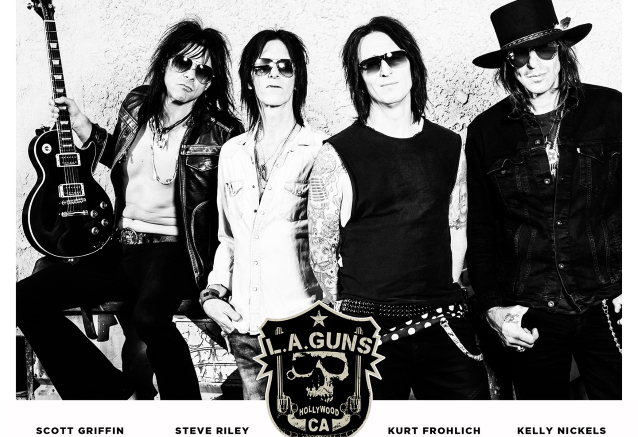 Steve Riley's version of L.A. GUNS will release its debut album, "Renegades", on November 13 via Golden Robot Records. The disc's cover artwork can be seen below. The LP's arrival was preceded by three singles: "Crawl", " Well Oiled Machine" and the title track.

Asked in a recent interview with BigMusicGeek.com how he handles, from a business point of view, there being two separate versions of L.A. GUNS, Riley said: "When Tracii quit in 2002, he went on and did a few other bands after that, but Phil and I had kept battling on as L.A. GUNS. I never stopped trying to get classic guys to not quit. I was always there. I was the longest chain and I'm still the longest chain member of L.A. GUNS. I never really quit the band, but everybody else has left the band for some reason or another. When Tracii decided to do a second L.A. GUNS in 2006, that's when all of this started. It's been something I've just had to deal with because the two of us owned the name and the trademark. We're classic members and we're former partners, but there was nothing I could do to stop him. Phil and I just had to deal with it. So, for the last 20 years, I've been dealing with it and it's nothing new. It's not, like, 'Wow, this is a new situation where there's two bands that have the same name.' He'd already been doing it for a while because when he quit, Phil and I went on for 15 years without him."

Riley went on to say that "it's totally frustrating," from a personal and professional point of view, having to deal with there being another version of L.A. GUNS.

"It's something that I don't want to happen and I wish would never have happened," he said. "Like I said, you wouldn't believe how much I tried to talk to the classic members out of not quitting the band. I would tell them, 'We all have a good thing going here. Let's just keep on going.' When Tracii left in 2002, he left Phil and I up in the air, but it was a situation where we were determined to keep pushing forward. Of course, we ended up doing another four or five albums before this all happened again with Phil leaving the band. So it's something that's frustrating, but there's really nothing you can do about it. It's like it is what it is."

Despite leaving the band soon after the release of 2002's "Waking The Dead" to focus on BRIDES OF DESTRUCTION (his short-lived supergroup with MÖTLEY CRÜE bassist Nikki Sixx), Guns "is the owner of common law trademark righs" for the L.A. GUNS name and logo, the complaint claims. It notes that Guns founded the band in 1983, four years before Riley joined, and that Riley did not perform on the group's 1984 debut EP and contributed to just a single track on their 1987 self-titled full-length debut. 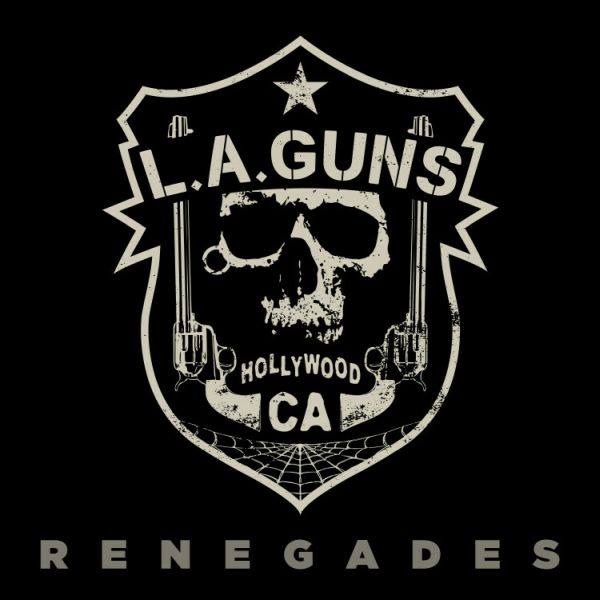