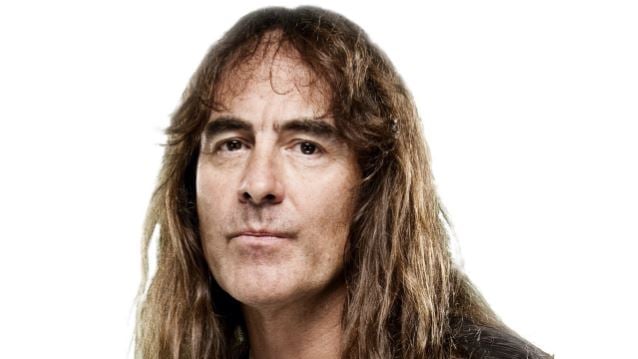 Steve Harris says that he will never make any act pay for the opportunity to support IRON MAIDEN on tour, calling the pay-to-play practice "just wrong."

Asked by Spain's Metal Journal why he is such an ardent supporter of new talent more than forty years after MAIDEN's inception, the bassist said: "Well, because we can. I mean, we have an opportunity… Anybody who's in a position MAIDEN is, or whatever, or any band that can potentially take another band on tour, I think you can help other people, and it doesn't take much effort to do that."

Harris, who will embark on a European tour in November and December with his side project BRITISH LION, continued: "The thing that annoys me is that I hate it when people charge bands to play with them. I hate that. I've never done that, ever done that with MAIDEN, and I never will do it, with MAIDEN or BRITISH LION, because, to me, it's just wrong. A band should get at least some expenses [covered] to play a gig, and they shouldn't have to pay anybody to play, and I've always been really against that. And I've always really just tried to help people out. I think it's really good."

Harris added: "I feel like I've had a fantastic life and career with music, and I've worked very hard, but maybe I've had a bit of luck along the way. I don't know, but the at the end of the day, it's nice to give something back. And I kind of feel like that with BRITISH LION as well, because even the guys in the band, in BRITISH LION, they're all talented guys, they really deserve some sort of recognition, and up 'till now they really haven't had that. And they're getting a little bit of recognition now, and it's quite rightly so. And I love that.

"I've been to most of these cities [that we are playing on the upcoming BRITISH LION tour] a few times before, and I still enjoy going there, but when [the other guys in the band] go there for the first time and I see it in their eyes, how excited about it they are, it makes me feel good as well. I'm enjoying it anyway being there, of course, but it just makes it extra special when you see what it does for those guys. And it's the same with other bands. If you help them and they're experiencing things for the first time, it's nice to see. I love to see it."

BRITISH LION's upcoming club tour will be the band's most extensive European run to date.

The band's self-titled debut album was released in the U.S. on September 25, 2012 via Universal Music Enterprises (UMe).

IRON MAIDEN's "The Book Of Souls" 2016 world tour concluded on August 4 when the band performed at the Wacken Open Air festival in Wacken, Germany, marking the end of the trek that began in late February and touched down on six continents.

(Thanks to Pedro Alonso Diez of Metal Journal for providing the audio of Steve Harris's quotes used in this article.)