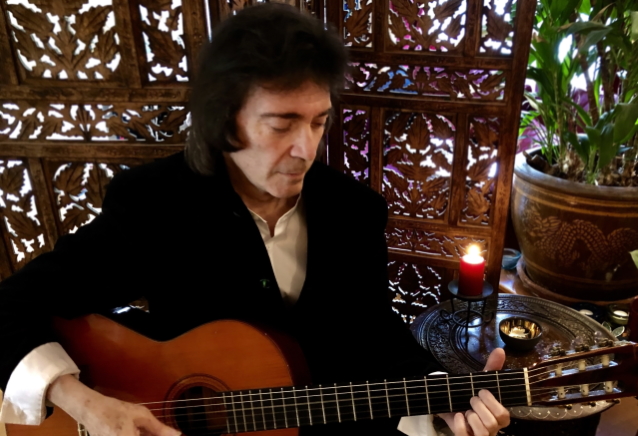 Working closely with long-time musical partner Roger King, Hackett has used his time during 2020's lockdown to take us on an extraordinary musical journey around the Mediterranean, painting vivid images of stunning landscapes and celebrating the diverse cultures of the region. Famed for his rock roots with GENESIS, and through his extensive solo catalogue, Hackett demonstrates the exquisite beauty of the nylon guitar at times venturing into the exotic ethnic and often supported by dazzling orchestral arrangements.

"A lot of acoustic ideas had been forming over the years, and it felt like the perfect time to create this album," notes Hackett, "a time to contemplate the places we've visited around the Mediterranean with the kind of music which evolved from the world of imagination.

"Because we can't really travel substantially at the moment, I hope that the album will take people on that journey. Whether you sit down and listen to it or drift off to it with a glass of wine…"

Our journey around the Med begins on the island of Malta, in "Mdina - The Walled City". Its imposing strength is portrayed by Roger King's dramatic orchestration while Hackett's guitar weaves through the atmospheric streets describing the creativity, love and strength that held Malta together between all the waves of conflict.

With Hackett's delicate guitar work, "Adriatic Blue" paints an enchanting view of stunning scenery as tall cliffs of forested mountains plunge into the deep blue sea along the Croatian coastline. "Sirocco" is altogether more atmospheric, inspired by the winds playing through the imposing structures of Egypt.

The lively "Joie De Vivre" expresses the unique sense of joy the French have through their wine, food and folk music, with paintings reflecting family gatherings, spectacular vistas and the vibrant colours of their cities. The art of dreaming is embodied in their sensual love of life.

"At first hand, I've marveled at the mystical whirling Dervishes," says Hackett. Along with otherworldly beings such as the Djin (Genie) they sprang from Persia's dreaming past. "The Dervish And The Djin" captures the extraordinary atmosphere of this most exotic of civilizations with the help of Hackett's touring band regular — Rob Townsend's soprano sax, the tar of Malik Mansurov (from Azerbaijan) and Armenian Arsen Petrosyan's duduk. "Of course, those countries are virtually at war with each other," Hackett adds, "and there has been something like a thousand casualties (at the time of writing) on both sides. Again, it's a case of music being able to do things that politicians fail to do — something constructive."

"The Memory Of Myth" embodies the deep and rich history of Greece and features the violin of Christine Townsend (no relation) while "Lorato" — "love" in the language of the African Tswana tribe — is a pretty folk tune. Love is the force that heals and links all disparate peoples of the Mediterranean.

Hackett and his wife Jo were enchanted by the little Faun statue in the House of the Faun, Pompeii. "The villas there seemed to come back to life as we walked through those wonderful atriums and gardens," inspiring "Casa Del Fauno" and featuring the light and airy flute of Hackett's brother John and Rob Townsend on flute.

The only non-original piece is Domenico Scarlatti's "Sonata". This embodies the Baroque music of Italy, a sensitive interpretation embellished with cross-string trills, a technique introduced to Hackett by the fine classical guitarist, the late Theo Cheng.

Hackett also expresses his admiration for the flamenco guitarists of Andalucía who are celebrated on Andalusian Heart. "One of the flamenco guitarists was showing me the extraordinary things they are able to do,” Hackett explains. "Seeing the gypsies playing and dancing in caves there, you get the feeling that these people are dancing for their lives."

Our journey comes to an end with "The Call Of The Sea", a gentle and peaceful reflection of the vast body of water that unites the many civilisations both ancient and modern.

"Under A Mediterranean Sky" features Steve Hackett playing nylon, steel string and twelve-string guitars, charango and Iraqi oud. Keyboards, programming and orchestral arrangements are by Roger King. Featured musicians are John Hackett and Rob Townsend, flute ("Casa Del Fauno"); Malik Mansurov, tar and Arsen Petrosyan, duduk and Rob Townsend, Sax ("The Dervish And The Djin"); Christine Townsend, violin ("The Memory of Myth" and "The Call Of The Sea"). All tracks were produced by Steve Hackett and Roger King with all tracks recorded and mixed by Roger King at Siren.

"I had a great time doing this album, seeing it take shape, and I'm very pleased with the outcome. I'm very proud of it," says Hackett. "The nylon guitar has a very individual sound but, within the compass of what the nylon-strung guitar can do, there are a lot of different tones. You can do the full-on attack, the kind of salvo that you expect from the flamenco players but, at the same time, it can also be very gentle, gentle as a harp. It's shades of black and white. It's also exciting to play alongside instruments from around the world, as well as a wide range of orchestral sounds." 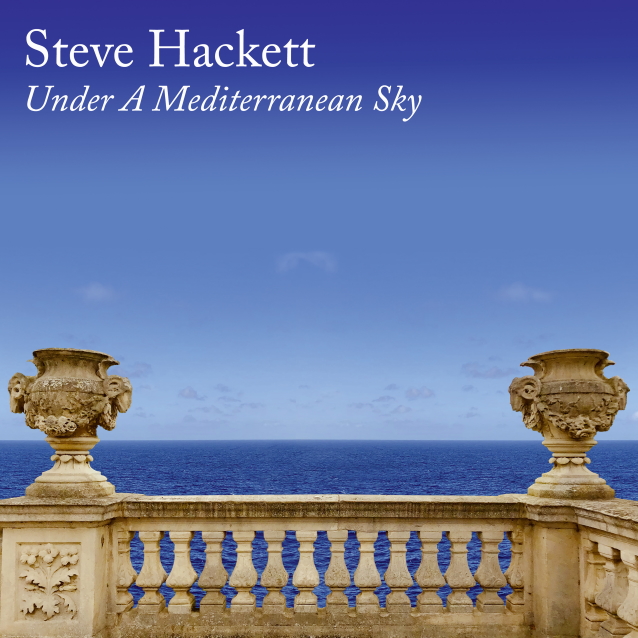