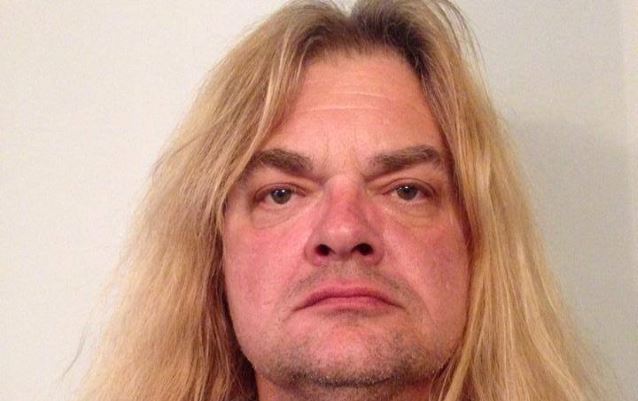 Dissonance Productions has announced the signing of STEVE GRIMMETT'S GRIM REAPER, the revamped version of the cult '80s British metal act GRIM REAPER led by singer Steve Grimmett, to a worldwide deal. The recently launched rock/metal label will release the band's new album, "Walking In The Shadows", on September 23. It will be GRIM REAPER's first new recording since 1987's "Rock You To Hell". Pre-order information for the album's standard and limited-edition digipak formats will be announced shortly.

The release of "Walking In The Shadows" has been an anticipated announcement by fans of the British metal band for more than two decades. Grimmett updated fans via a Facebook posting in early January noting, "2016 has started and that means only 29 days until I start touring again. This year it's Europe then North America, South America, plus a new album... bring it on!" He continued in discussing the new album saying, "I am tremendously proud of the album. It has taken a long time because it has been fraught with problems, but we have ended up with the best thing I have done in decades. We're all looking forward to bring it to the fans and excited to be doing a world tour, starting straight after its release, and carrying on until 2017."